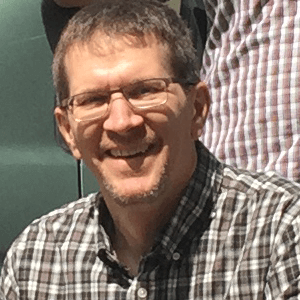 Dennis Seger is a product manager and operations manager for Golden Software. In these roles, Dennis oversees the development and management of the company’s internal operations which include software licensing, ecommerce, cloud services, CRM systems, and IT infrastructure. Since joining Golden Software in 2008, Dennis ensures the company’s behind-the-scenes systems operate smoothly. This allows the rest of the team to focus on providing superior software and support to end users.

Dennis graduated from San Jose State University with a bachelor’s degree in Mechanical Engineering. He began his career working in robotic automation. Thereafter, he applied his skills in data storage and software development. When Dennis is not keeping the Golden Software ship afloat, he often trail runs in the Colorado Mountains. He and his wife Denise have lived in Longmont, CO for 30 years and are blessed with six children and five grandchildren.