What are the "Most Searched" Beers in Each State? 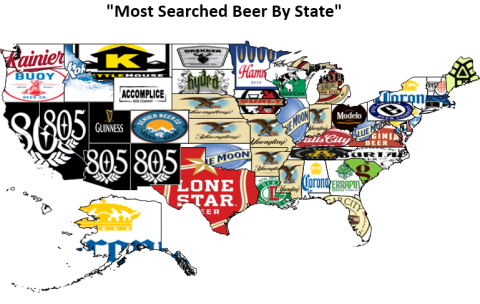 Fourth of July weekend is coming up in the United States, which means a weekend full of cookouts, fireworks, and cold beer.

With beer being one of the largest industries in America, sometimes it can be hard to choose which brand to pick up off the shelf. One food magazine, Eat This, Not That!, used data pulled from Google Trends to help aid in your decision. The magazine examined what the most "searched for" beer/beer company in each state was, then declared the brewer with the most search results as the winner for "most talked about" beer between April 30, 2018, and April 29, 2019.

You can see their findings in the map below, created using Base Symbology in Surfer.

Each state is represented by the logo of the corresponding beer/brewery that was most searched on Google between April 30, 2018, and April 29, 2019. 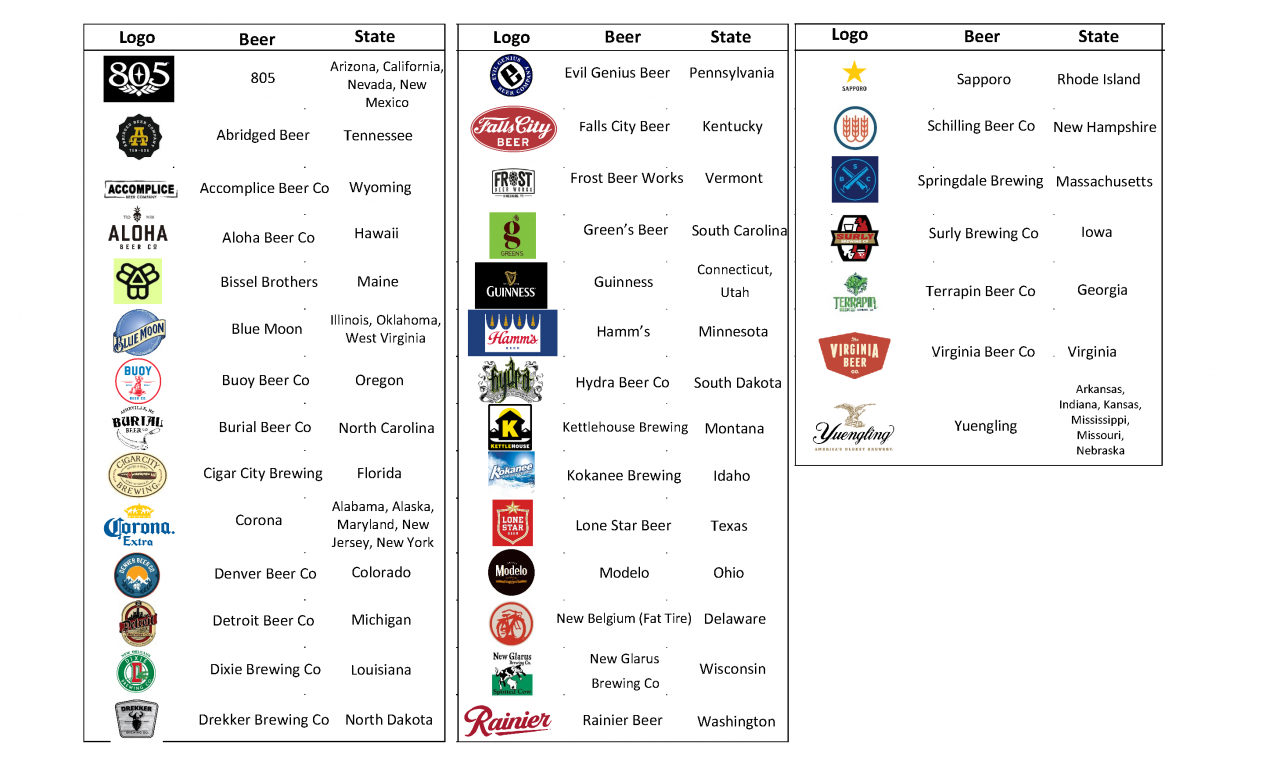 You can further break down the popularity of certain beers, such as Yuengling and 805, by examining their region of popularity:

"The Yuengling Belt" – Yuengling is the oldest operating brewing company in America and up until 2021 only distributed within a 22-state East Coast foot print, making it a regional favorite in the more southeastern states. News of their planned expansion could explain the rise in searches for the brand in the Midwest in 2019. 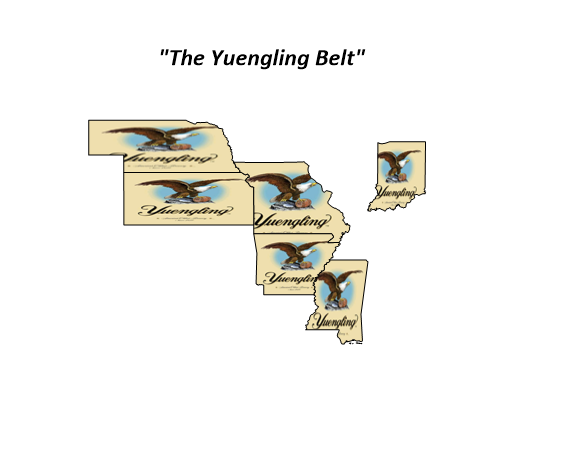 "The Southwest 805" – 805 is a light ale "created for the laid-back California lifestyle" according to the Firestone Walker website. Hence its popularity in the travel-destination southwestern states bordering California. 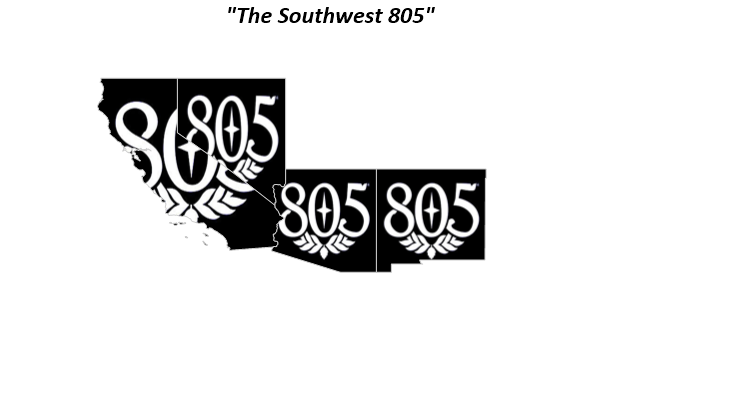 Overall I find it interesting, and great for small business that so many local independent breweries take the prize in certain states. The beers that won the most states overall would be 805 at 4, Corona at 5, and Yuengling with 6.

To visualize how many states were more interested in these smaller brewers we can use the pie chart below. The figure compares the percentage of independent brewers to companies with larger distribution networks that were "most searched" in multiple states. 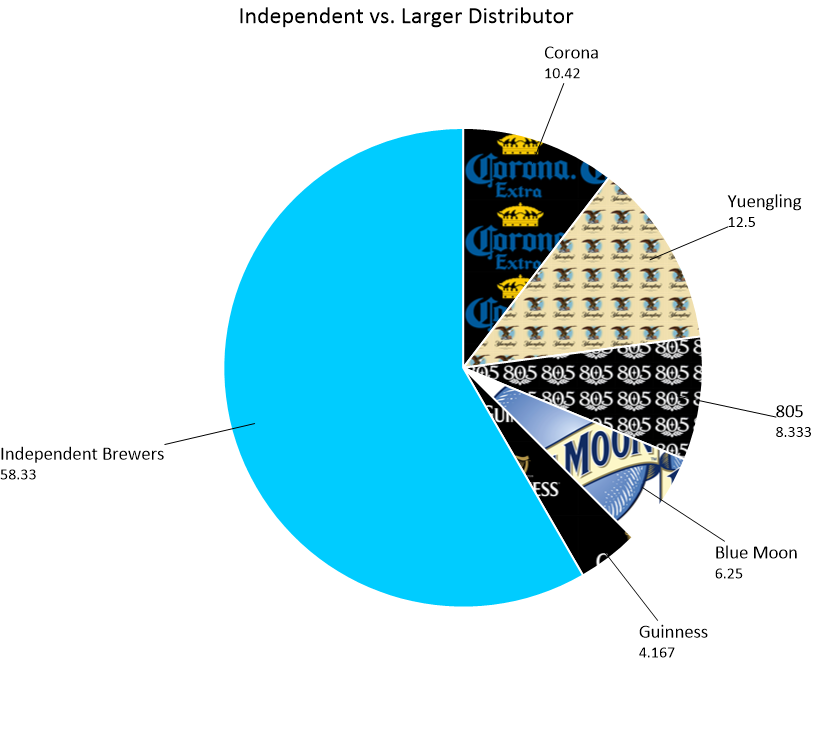 Pie chart made in Grapher demonstrating that 58% of the most searched beers in the US were made by independent brewing companies.

If you are curious about some of the smaller independent brewers on this list, you can check out their brick and mortar location below. Maybe even try something new in your own home state! 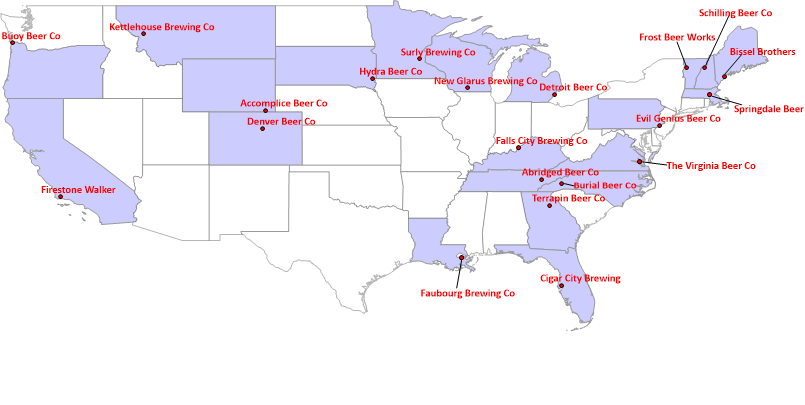 Finally, how does Golden Software compare to the rest of the country? A quick survey asking Golden Software's employees about their beverage of choice found the results below:

Only one GS favorite overlaps with Eat This, Not That!'s data and that is New Belgium Brewing Co. New Belgium has both a North Carolina and Colorado location, contributing to its popularity on the East coast and here in Golden. When breaking our staff picks down by location unsurprisingly this Colorado based company loves Colorado beers. Although we do leave the USA with one favorite from Sweden! 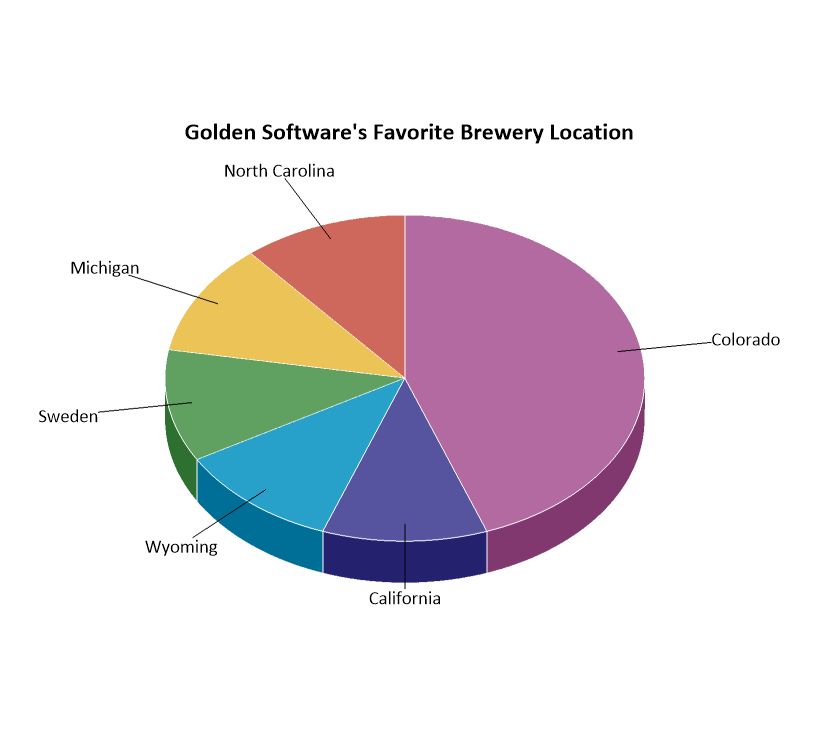 Have a happy Fourth of July weekend if you celebrate! If you find yourself staring at the cooler in the beer section too long, keep this article in mind and pick up a six pack from one of these companies for your next backyard BBQ. The original article for this data and links to workflows used can be found below.