3D Ski Maps: Tour the Mountain Virtually Before Your Trip! 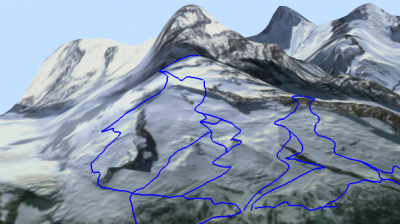 Ski season is officially underway! We’ve been getting a lot of snow in Colorado and powder fever is setting in. As a result, the LiDAR Magazine article introducing FATMAP’s interactive 3D Ski Maps caught my attention. When I first moved to Colorado, I spent an entire season learning how to navigate my favorite ski resorts and find the best ski runs for me. The trail maps kept me from getting lost, but they don’t provide much information about terrain. As a result, I occasionally found myself on a run that was beyond my skill level.  My first time skiing a Colorado mountain, I ended up facing a section of steep moguls and riding down them on my backside!  Of course, I can’t even count the number of times I accidentally slowed down just before a flat section of trail when I learned to snowboard. An interactive 3D ski map in my pocket would have saved me lots of bumps, bruises, and frustration.

The new FATMAP Ski app combines high resolution imagery with 3D terrain information to provide more true-to-life trail maps for users. Maps of many US and European ski resorts are available as free downloads, and advanced features such as live location tracking and gradient information can be purchased for each location. While I was exploring the maps in this new app, I began to wonder if I could create a similar map using Surfer and Voxler.

I’ve always wanted to ski the Alps, so I decided to map a ski resort in Chamonix, France. I downloaded DEM data for the area from the Marine Geoscience Data System, calibrated a Google Maps image of the area, and digitized some trail maps. I then imported my grid, image, and ski trail vectors into Voxler and used a HeightField module with an image overlay and vector overlay to display my map. The resulting Voxler 3D map can be navigated in a similar fashion to the FATMAP trail maps, and now I can virtually explore any area I’m interested in visiting using Voxler and online data resources. 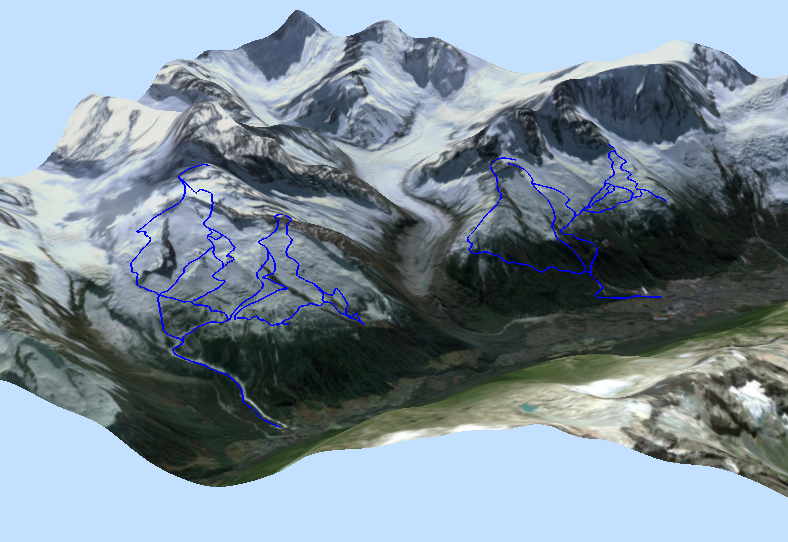 I must say that after exploring the Chamonix ski resorts in 3D, I’ve decided a hiking trip to the Alps may be more my speed.