A Deeper Dive into New England Hydrology with LiDAR 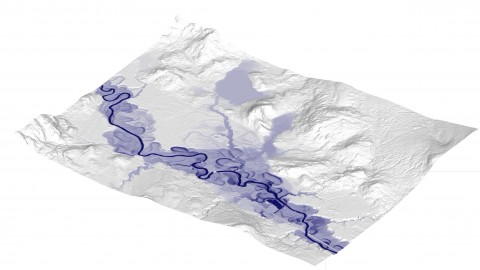 Earlier this Summer we posted a blog titled: "Visually Striking LiDAR Map Reveals "Hidden" Hydrologic Features" providing an overview of how Surfer can be used to highlight hydrologic features using Lidar data. Recently, we had the chance to follow up with Steve Boynton and we discussed some interesting additions to his hydrologic findings as it related to the Baker River and the original article.

An oxbow lake, like the crescent shaped lakes that can be seen in the previous article, is created over a long period of time as soil erosion and deposition change the course of the river. During the deposition/erosion process, water flowing around a curved meander of the river moves faster around the outside of the curve, and slower around the inside. Suspended sediment is then deposited on the inside of the curves as the flow velocity decreases. You can clearly see this sediment deposition along the Baker River when looking at a recent aerial image and highlighting the areas in Surfer, like below: 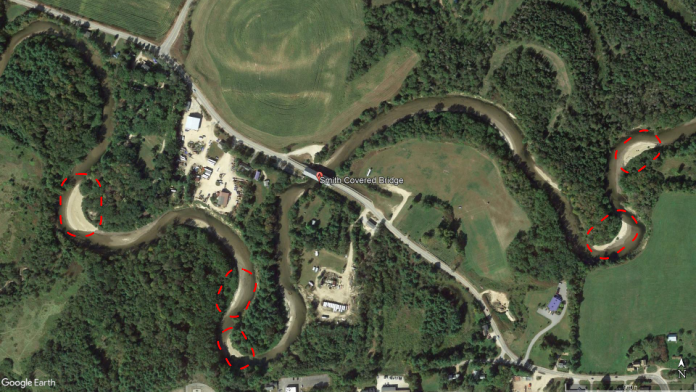 A stretch of the Baker River actively undergoing the deposition/erosion process.

For the Baker River, the sediment is primarily sand and gravel since the river is so close to the steep White Mountains of New Hampshire. A close up of one of these sediment areas, provided by Steve, can be seen here:

Baker River depositional area photographed by Steve Boynton. The sediment is mainly sand and gravel and can be walked on if the river level is safe.

Over time, faster moving water on the outside of the curves continually erodes and undercuts the river bank. As this process continues the river meanders become more pronounced. Eventually the bank between adjacent curves is breached, and the river starts following the new straight segment created by the breach. You can see an example of this at a recently breached oxbow of the nearby Connecticut River on the border of New Hampshire.

An aerial image vs. LiDAR map comparison of a recently breached oxbow lake along the Connecticut River.

Finally, Steve was curious what it would look like to take this LiDAR map style he has been working on into a 3D space. By using Surfer's 3D view he was able to create a stunning model highlighting the meandering Baker River channel, oxbow lakes, and surrounding White Mountain foothills. 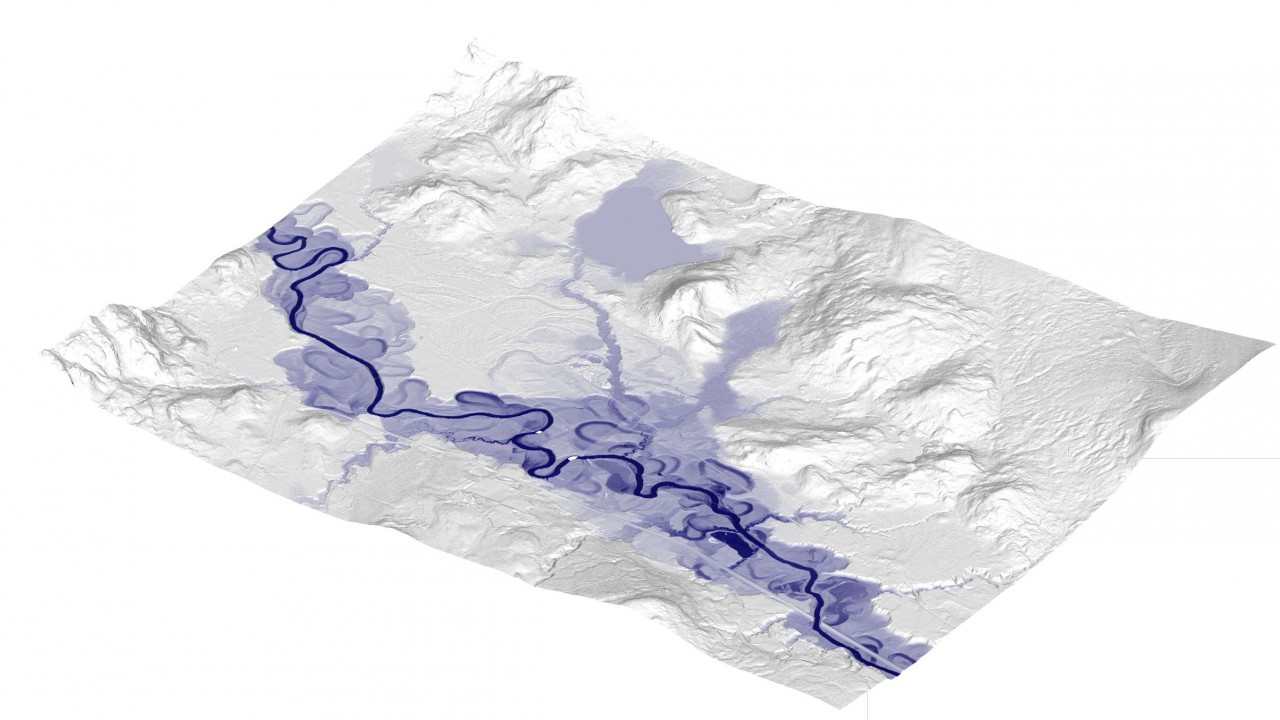 As always, we greatly appreciate Steve's time as he shares his work with us and you can view more at the links below.