A Graphical Representation of the 2014 West Africa Ebola Outbreak 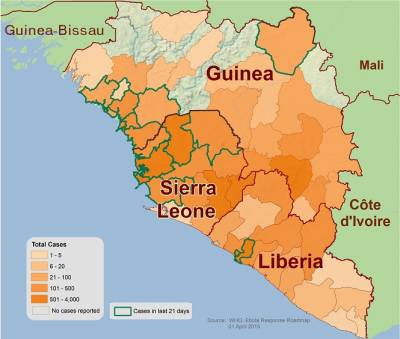 In December of 2013, a 2-year-old boy died in Guinea. Researchers believe this boy was the first person to contract and spread the Ebola virus disease that eventually affected more than 25,000 people worldwide. There have been over 25,000 reported cases of the disease, and it is believed that the actual number of cases may be two to three times as what has been reported. The graph below, created in Grapher 11, shows the number of cases reported in each location, and which locations are still reporting new cases of the virus. 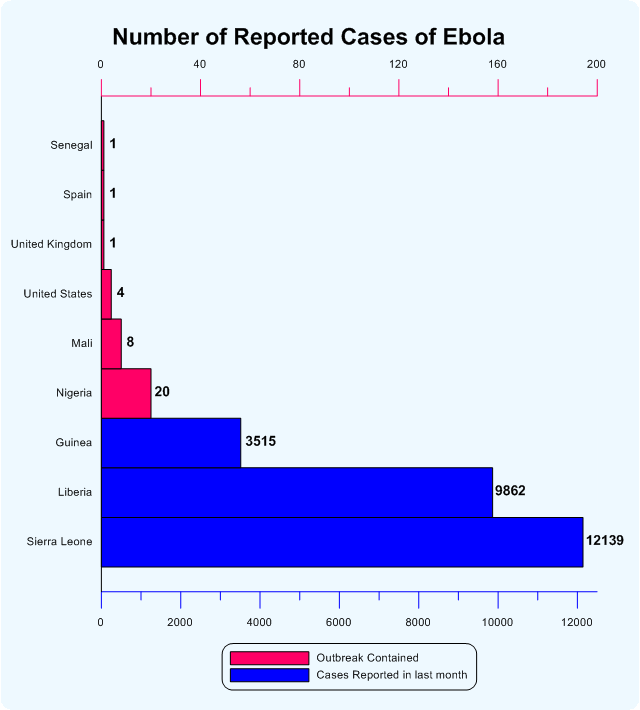 Number of reported cases of Ebola

The epidemic has been contained in many countries, but three countries in Africa have reported new cases in the last month, including Guinea, Liberia, and Sierra Leone. During the course of the epidemic, some patients were medically evacuated to isolation wards in other countries for treatment. The map below, created in MapViewer 8 shows which countries had the most cases and where the disease spread, as well as where patients were medically evacuated. Click the map to view a larger image in a new window. 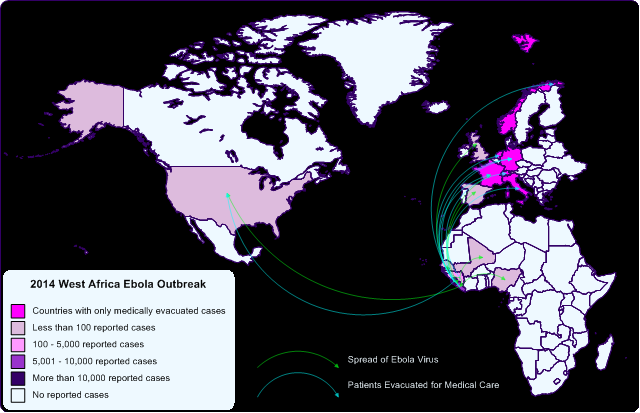 In August of 2014, the World Health Organization published a plan to control the outbreak in West Africa. International governments and organizations are still working to prevent further transmission of the disease.