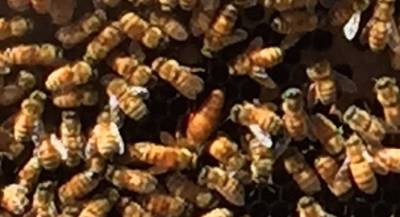 Decreased honey bee populations have been in the news a lot over the past couple years. Pesticides, global warming, lack of crop diversity, increased pathogen populations and a host of other factors have been attributed to the increased beehive losses. Headlines scream that beehives are failing at record rates and that the loss of the honey bee could lead to massive food supply shortages. 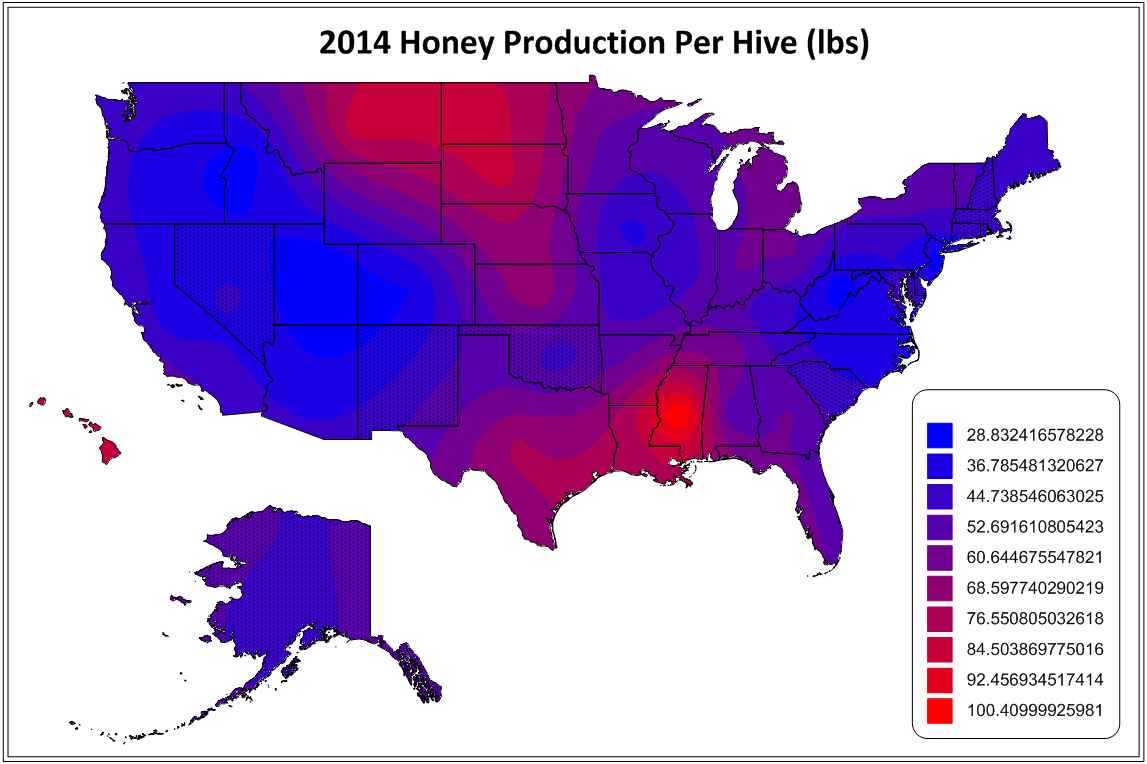 The map above illustrates the amount of honey harvested from each commercial beehive in 2014. 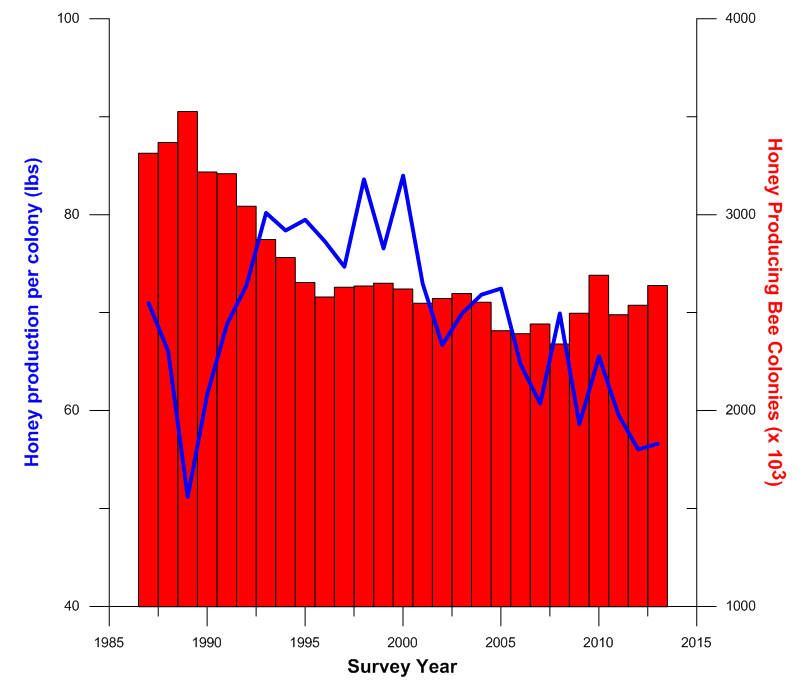 The graph above shows the number of active hives and honey production over time.

What does an environmentally minded hobby gardener do with this information? Install a beehive of course!

As an amateur gardener, I understand the need for beneficial insects and pollinators. However, providing a home for thousands of bees required some mental preparation and research. How big an impact would a healthy beehive have on our enjoyment of the back yard? Will the kids in our neighborhood be at a higher risk of getting stung? Exactly how much attention does a managed beehive require? It turns out that honey bees are remarkably unaggressive and only a small percentage of the bees forage for pollen and nectar. Additionally, bees are very self-sufficient and thrive with minimal supervision or management. And so, we decided to give raising bees a try.

Since my sister (Tara) and I are big believers in natural foods and organic gardening, we decided to buy and install a frameless hive. Frameless hives allow bees to build their comb in a way that is natural to them. They also require less maintenance and some come with windows for the curious beekeeper. 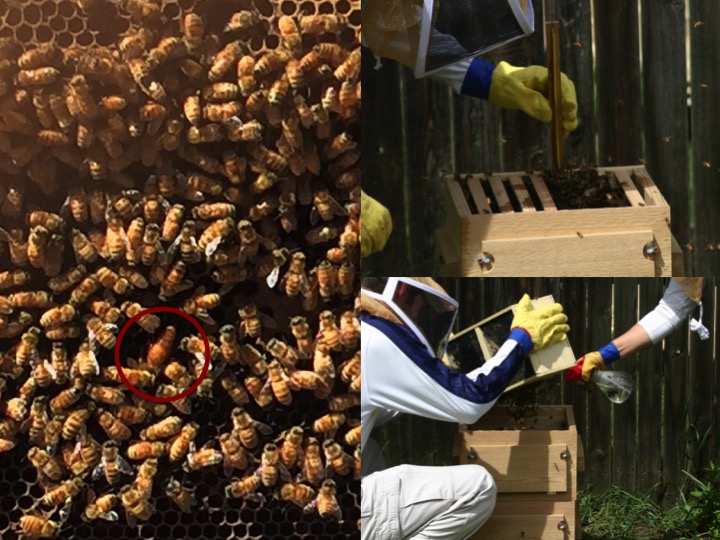 The image on the left shows the queen bee on established comb.  The images on the right show the introduction of bees to a new frameless hive.

The first major learning experience (and test of our resolve) came when the bees arrived.  Bees for frameless hives come in a wood and wire mesh box.  Introducing them to the hive involves placing the queen inside the hive (she comes in a separate smaller box) and then dumping all of the bees into the mostly empty hive.  Needless to say, bees were flying everywhere and they were understandably irritated.  Believe it or not, no one was stung and only a few bees were lost in this process!

Our second lesson in bee keeping came when it snowed!  The bees had been installed for two weeks and had already built quite a bit of comb, but the total population was still fairly small.  When we checked on them the day of the big snow all we could see was a ball of bees near the top of the hive.  No movement.  No sound.  Just dead looking bees.  Imagine our surprise when we got home later that evening and found that they were just fine.  Apparently, bees huddle together in cold weather to protect the queen.  The worker bees and drones slowly shift positions so that none of the bees are exposed to the cold air for too long.

After working with the bees and the hive a few times, we became a bit overconfident.  We stopped wearing long sleeves, long pants, and bee bonnets. One evening decided we should check on the bees and learned our third lesson: Even though honey bees are not aggressive, they do attack and sting when they’re upset.  All of the foragers return to the hive just before dusk and a fully populated hive does not like to be disturbed when everyone is tucked in for the night.  Okay bees, the humans were adequately reminded that you are not pets.

Finally, after a surprisingly pollen rich summer it was time to harvest honey!  We weren’t planning on harvesting honey at all our first year so we were excited to get even a single box of honey from our bees.  A single box of honey and comb weighs 25-30 pounds.  Since our hive is frameless, each piece of comb had to be carefully cut free from the box.  The comb was then crushed (by hand) and filtered.  Our single box of honeycomb resulted in over two gallons of raw honey!

The image on the left shows worker bees cleaning up the loose honey after the top box was cut away and removed from the hive.  The bottom right image shows the harvested box of honey comb and the top right image shows comb being crushed by hand.

Now I know that the problems facing beekeepers and the honeybee population are varied and complex.  However, almost all of the data and statistics are based on commercial beekeeping operations.  Given the recent increased popularity of homesteading, hobby farming, and suburban beekeeping, a significant portion of the bee population is missing from the dataset.  Thanks to the internet, small farm and backyard beekeepers can contribute to these studies. If you’re a bee enthusiast, please join the discussion and contribute your knowledge to help save the bees.