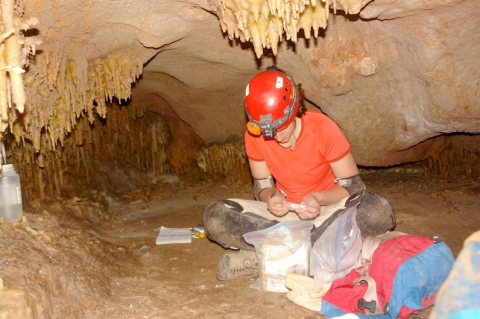 Golden Software customers possess a broad assortment of backgrounds, from earth science and engineering to education and politics. This vast background results in a variety of uses for Golden Software's products. Each customer uses our software in their own unique way, and we are pleased to share these stories. This week on our blog, we're featuring the work of cave enthusiast and Grapher user Dr. Sarah Truebe. Sarah is currently the Cave Resource Manager of Kartchner Caverns State Park in Arizona. She used Grapher when writing her PhD dissertation to analyze climate data extracted from speleothems (stalagmites and other cave minerals) in Arizona. By doing so, she was able to reveal changes in meteorological patterns in the region over the past 7,000 years, and highlight some important patterns in cave hydrology.

Sarah became interested in caves at a young age, recalling caving trips with her dad and enjoying the feeling of using her whole body to climb, crawl, slither, and otherwise move through the cave environment. "It's fun, it's beautiful, and it's a place that not many people really seek out," she says. This interest persisted through adulthood, and she now is learning to use the vertical rope equipment required for cave rescue, as well as taking a number of cave rescue training classes.

During college, her fascination with caves took a more academic turn, and Sarah became focused on how we can reconstruct past climates from speleothems. Rainwater percolates from the ground surface to the cave and forms speleothems via persistent dripping of the mineral-rich liquid. As a result, it is possible to use geochemical variation in the stalagmites to recreate rainfall patterns and therefore climatic conditions present at the time of speleothem formation. Sarah used the variation in oxygen isotopic composition between meteoric water, dripwater and speleothem calcite to draw conclusions about the paleoclimate. "Interestingly," she states, "although stalagmites are good recorders of climate, the relationship between climate and the isotope geochemistry of speleothems is rarely simple." How quickly rainwater percolates through the ground, and how much it mixes with old water stored in the epikarst (the area above the cave with small pockets in the limestone), impacts the isotopic signature. Regional variability between cave systems also needs to be taken into account. By taking core samples from speleothems in two Arizona caves and then performing a detailed analysis of the data, Sarah was able to reconstruct the North American monsoon and winter rainfall variability over the last 7000 years - and reveal multiple eras of decades-long droughts. 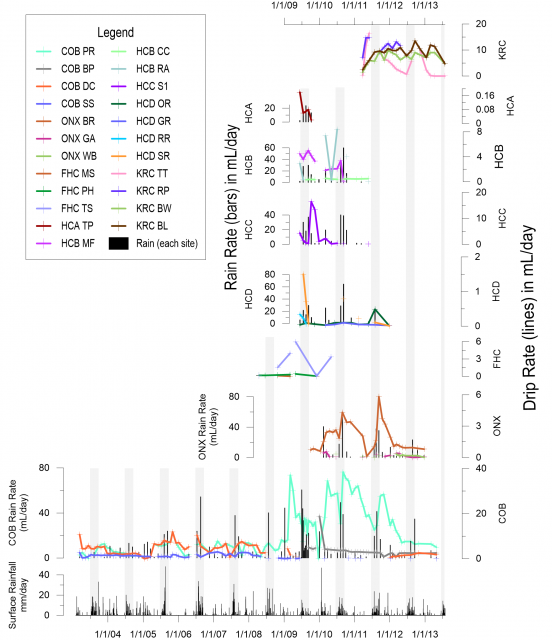 Sarah realized the capabilities of Grapher in creating this figure. These data are rainfall and cave dripwater amount, with every data point from 2009 collected in the field, either in rain gauges or underground in seven different southern Arizona caves. This figure represents a huge amount of work by Sarah, and two hundred other cavers and graduate students who accompanied her on field trips: "Being able to align all the data (all collected on different days) to get a sense of regional variability between caves wouldn't have been nearly as straightforward without Grapher". 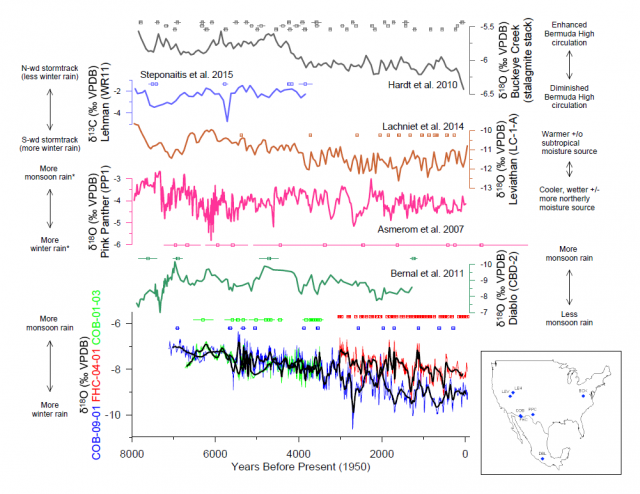 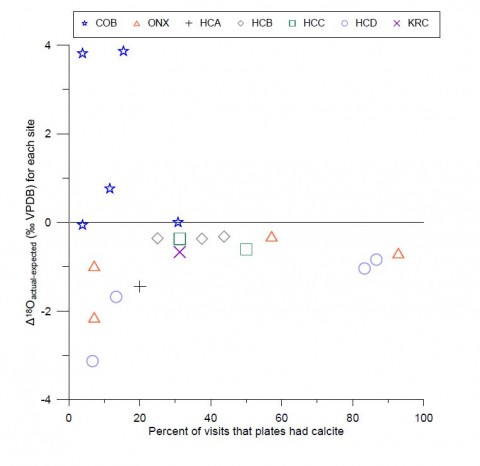 "Although this figure was easy to plot" Sarah says, "it is crucially important in our understanding of how stalagmites record climate variability. This figure shows that sites that precipitate calcite irregularly do so very far from equilibrium in some cases, but not in other cases. Basically, isotope equilibrium can vary both between caves and between sites within the same cave. This is important if a scientist is selecting a single stalagmite to represent climate, as any one stalagmite might not actually be a consistent recorder of climate through time."

Sarah relied most heavily on Grapher for a massive calibration study designed to better understand the precise relationship between climate and speleothems by using modern cave measurements. She initially used MATLAB with Illustrator and Photoshop to make her graphs, but struggled to make attractive figures due to the steep learning curve of these programs and the complexity of her data. Thankfully, some earlier good fortune changed all that:

"I remembered I had won a copy of Grapher as an award for a "Best Poster" at the University of Arizona's GeoDaze conference a few years previously, and I figured I should just boot it up to see how steep the learning curve would be. I was SO PLEASANTLY SURPRISED that graphing was intuitive, and if there was something I wanted to see on the graph, or some format change I wanted to make, it was so easy to use the online documentation to figure out how to do it. AND, when I got stuck, the customer service at Golden Software was amazingly responsive! I pretty much tell everyone now how amazing Golden Software is."

We appreciate your kind words, Sarah! 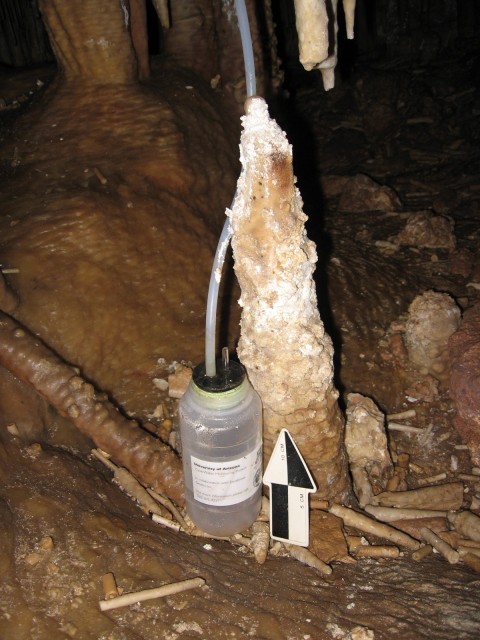 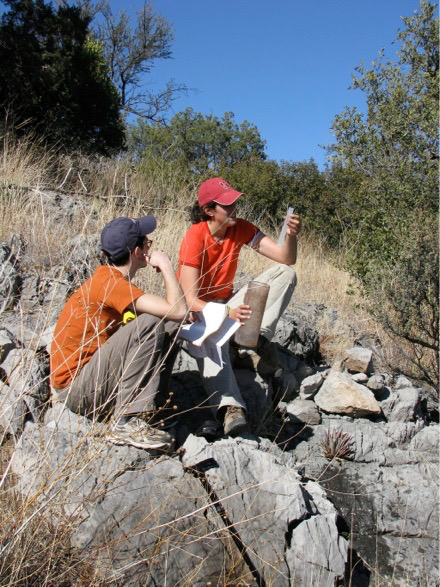 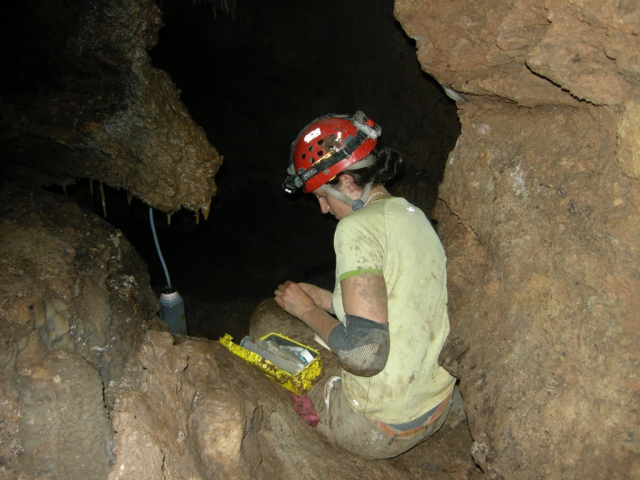 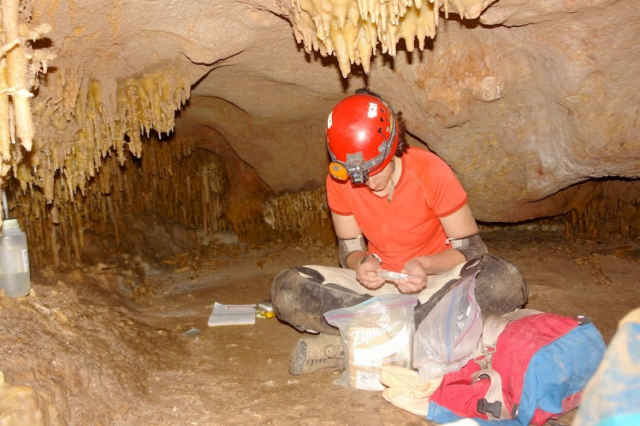 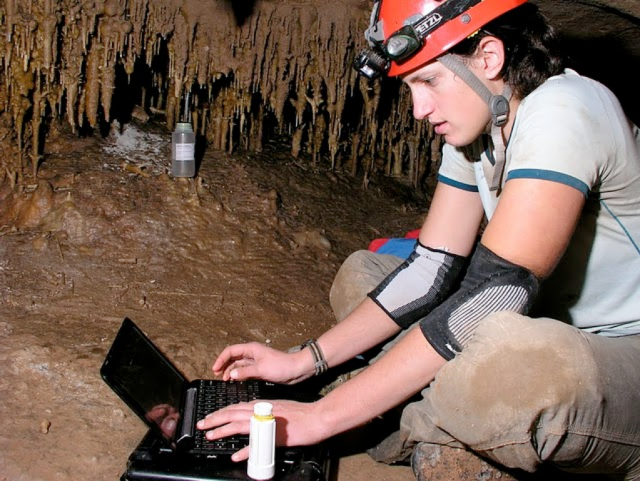 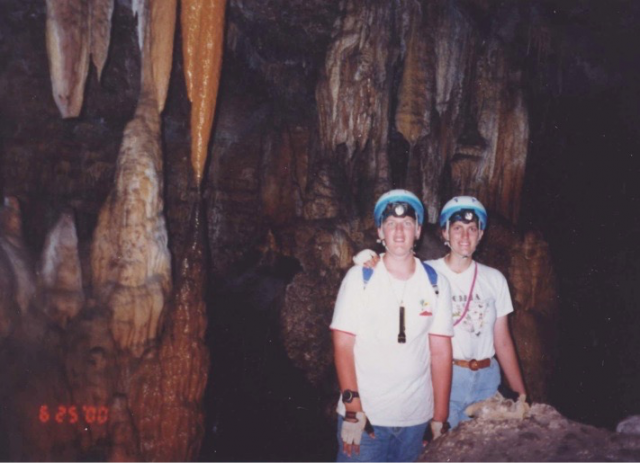 
The article How can I view reference points when editing my grid file? provides instructions for editing the contours directly in the map with the bathymetry points displayed as a post layer. Some small differences in the contours may be made when the grid from contours command is used to recreate the grid file.

0 Cancel Reply
Hi Carlos, The article [url=https://support.goldensoftware.com/hc/en-us/articles/360003583833-How-can-I-view-reference-points-when-editing-my-grid-file-]How can I view reference points when editing my grid file?[/url] provides instructions for editing the contours directly in the map with the bathymetry points displayed as a post layer. Some small differences in the contours may be made when the grid from contours command is used to recreate the grid file. Thanks, Justine Carstairs Golden Software Team
Cancel Update Comment