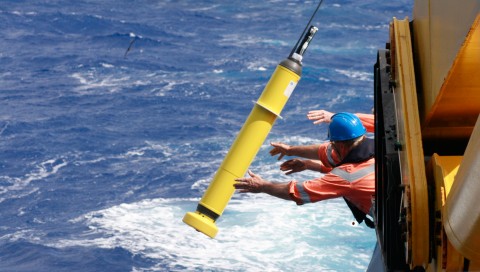 Igor Yashayaev is an Oceanographer affiliated with the Bedford Institute of Oceanography (BIO) of Fisheries and Oceans Canada. The BIO is the largest ocean research facility in Canada and is located on the eastern coast of Nova Scotia. It has a worldwide reputation for observing oceanic process, variability and climate change, which are also the main objectives of Yashayaev's research.

Yashayaev is a firm believer in the proper analyses and visual presentation of data. If results aren't presented properly the researcher isn't paying respect to their own data. This strong belief in showing respect to his and his colleagues research data closely aligns with Golden Software's own vision. Accordingly, it is no wonder he has been a long-time user of both Grapher and Surfer.

"If you can properly collect and value every bit of data, you should be able to let the ocean speak for itself …To really achieve this goal that data needs to be connected and framed so you can accurately, correctly and effectively unveil the mysteries of nature and present your findings to the world in a way the collective effort that went into the data collection deserves."

Much of Yashayaev's field work and research is performed in the Labrador Sea. For decades the Labrador Sea has been regarded as a key confluence point in the global ocean circulation and the planetary climate system as a whole. Through a process known as winter convection the sea transforms warm water arriving with the North Atlantic Current into much colder denser water and sends the cooled densified water south. This process and its impact on large-scale circulation is why the Labrador Sea is considered a key contributor to the regulation of Earth's climate. 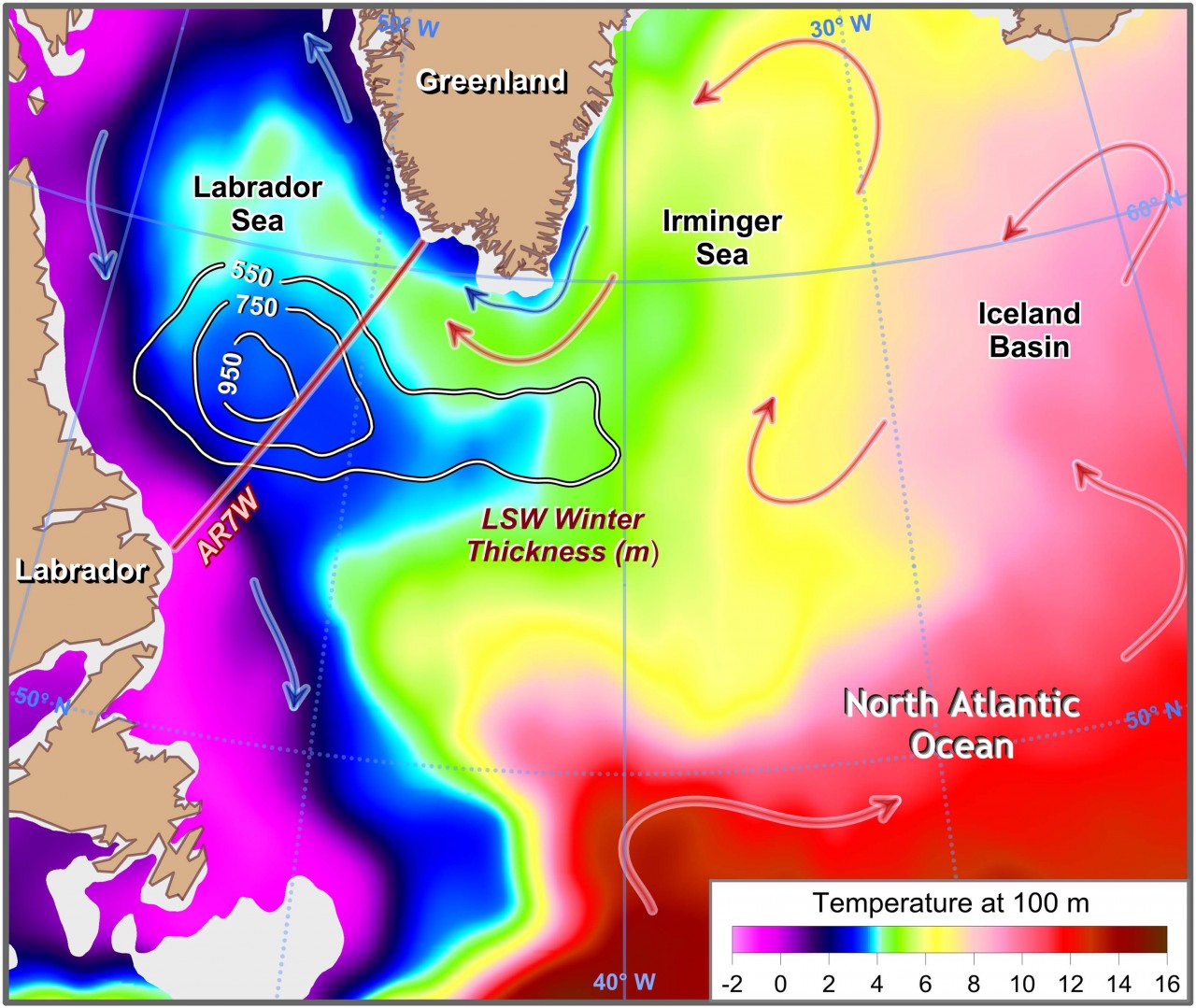 Ocean water temperature and current map created in Surfer. The map displays how warmer and colder waters are circulated through the Labrador Sea, and the average thickness of the layer of water mixed and homogenized by winter convection.

Interested in reading more about Yashayaev's work in the Labrador Sea with Grapher and Surfer? Click here for the full story.