Did you know LiDAR data is collected virtually everywhere? It's how new cars know to alert the driver when they cross the yellow line, how race car games look so realistic, and how cellular companies decide the best placement for a cell tower. LiDAR (Light Detection and Ranging) technology isn't new; it's very similar to RADAR and uses light waves instead of radio. LiDAR sensors can be stationary or attached to moving vehicles such as cars, planes or drones. The sensor pulses laser light and gathers three-dimensional coordinates of its surroundings or the terrain beneath. 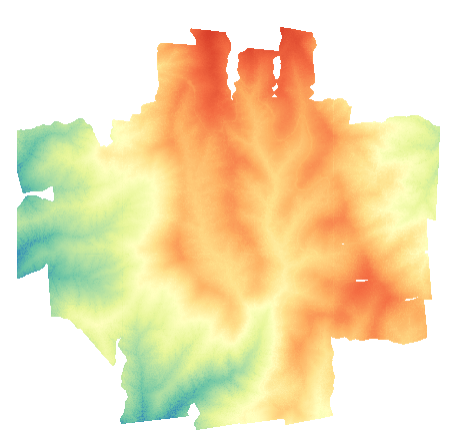 The LiDAR data from The Great Smokey Mountains, Waynesville, NC is imported to Surfer as a point cloud with default settings. The color of each point is determined by its elevation value. 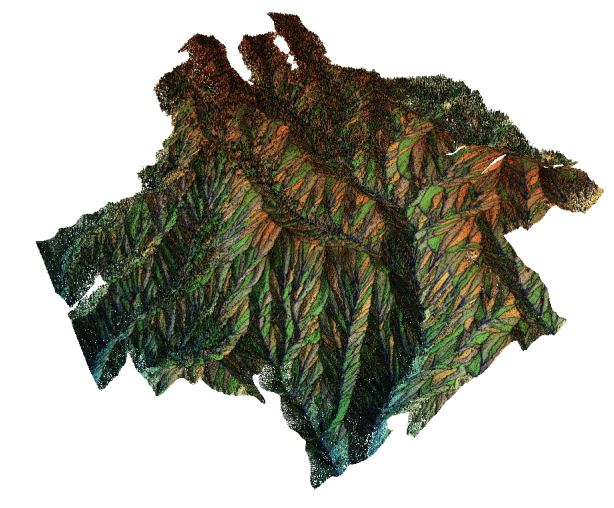 A 3D surface map with a watershed overly of The Great Smokey Mountains, Waynesville, NC is generated from a grid file created from the point cloud shown above.

LiDAR data collected aerially is important to a plethora of industries including architecture, agriculture, oil and gas, mining, the auto industry, and of course, mapping. A Digital Elevation Model (DEM) can be generated from LiDAR data to monitor bio-diversity of vegetation or animals, flood modeling, or to model pollution. Another application is the solar industry, where LiDAR data is used to create a shade model of different times of day. With this information, solar companies can calculate the size, location, and angle of the panel for optimum sun exposure. 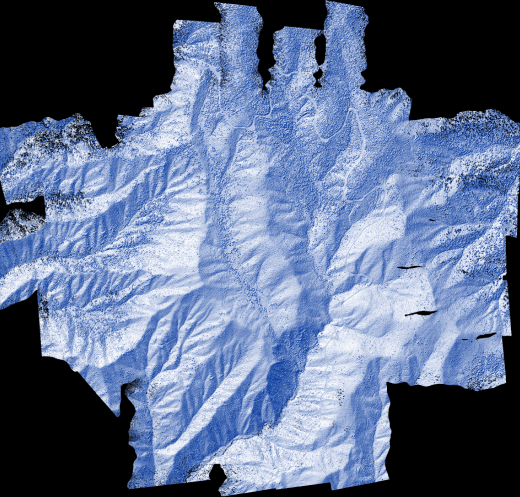 A shaded relief map of The Smokey Mountains generated from a grid file created from the above point cloud.

Ground based LiDAR also has a variety of applications. It can be used to record the interior of a structure, such as an office building, surveying tunnels or inventory piles for aggregate companies, or even by law enforcement to quickly record an accident scene for later investigation. 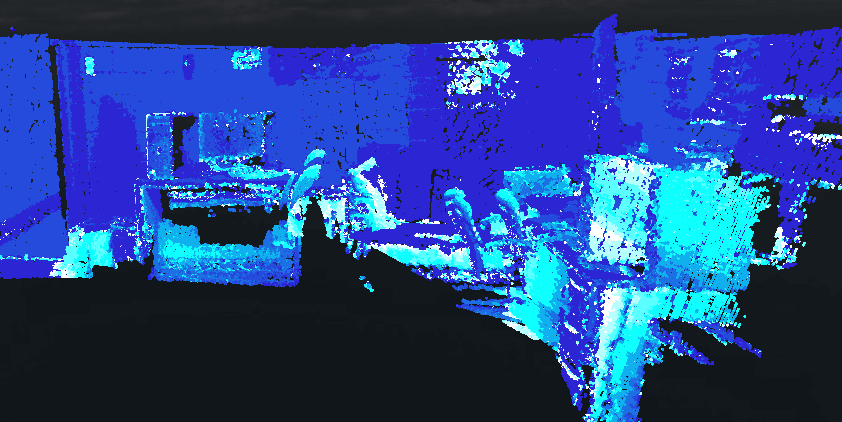 Ground based LiDAR data of an office in Cornell was used in Surfer to create a point cloud layer and viewed in 3D. The point cloud is viewed by intensity.

You may be wondering "How can I get my hands on this data?" LiDAR can be downloaded for free from many online sources such as the USGS's Earth Explorer or from Open Topography. Once you have downloaded the data in LAS or LAZ format, it can be imported as a point cloud in Surfer 15! The steps to import point cloud data are neatly explained in our knowledge base article, "New Feature: LiDAR Point Clouds." The point cloud isn't always impressive when first imported, but it comes life when viewed in Surfer's 3D view.

Test out all of Surfer's LiDAR features in the free, two-week Surfer trial.