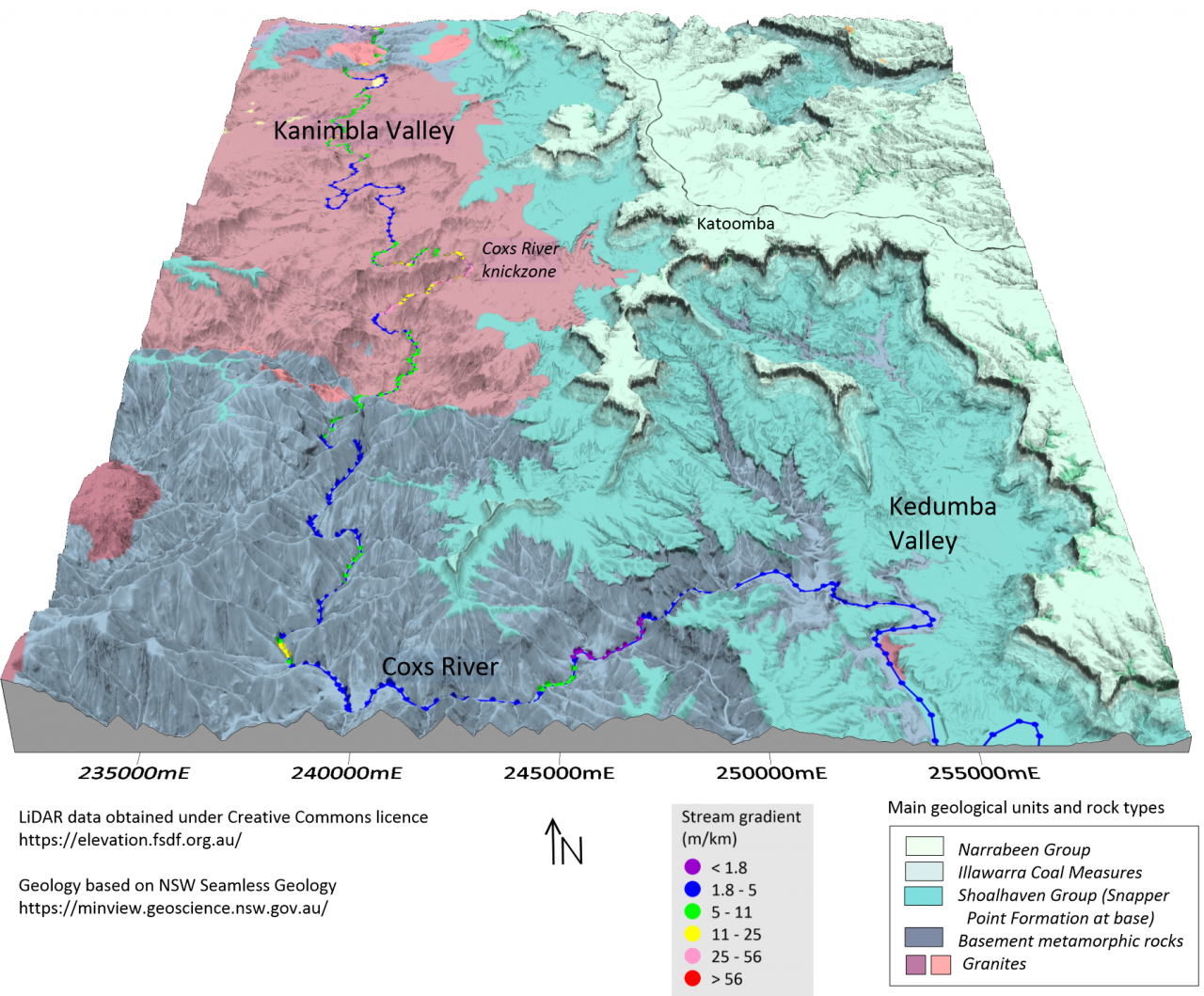 3D geological map of the Katoomba Valleys. Map represents the area photographed in the cover image for this article. 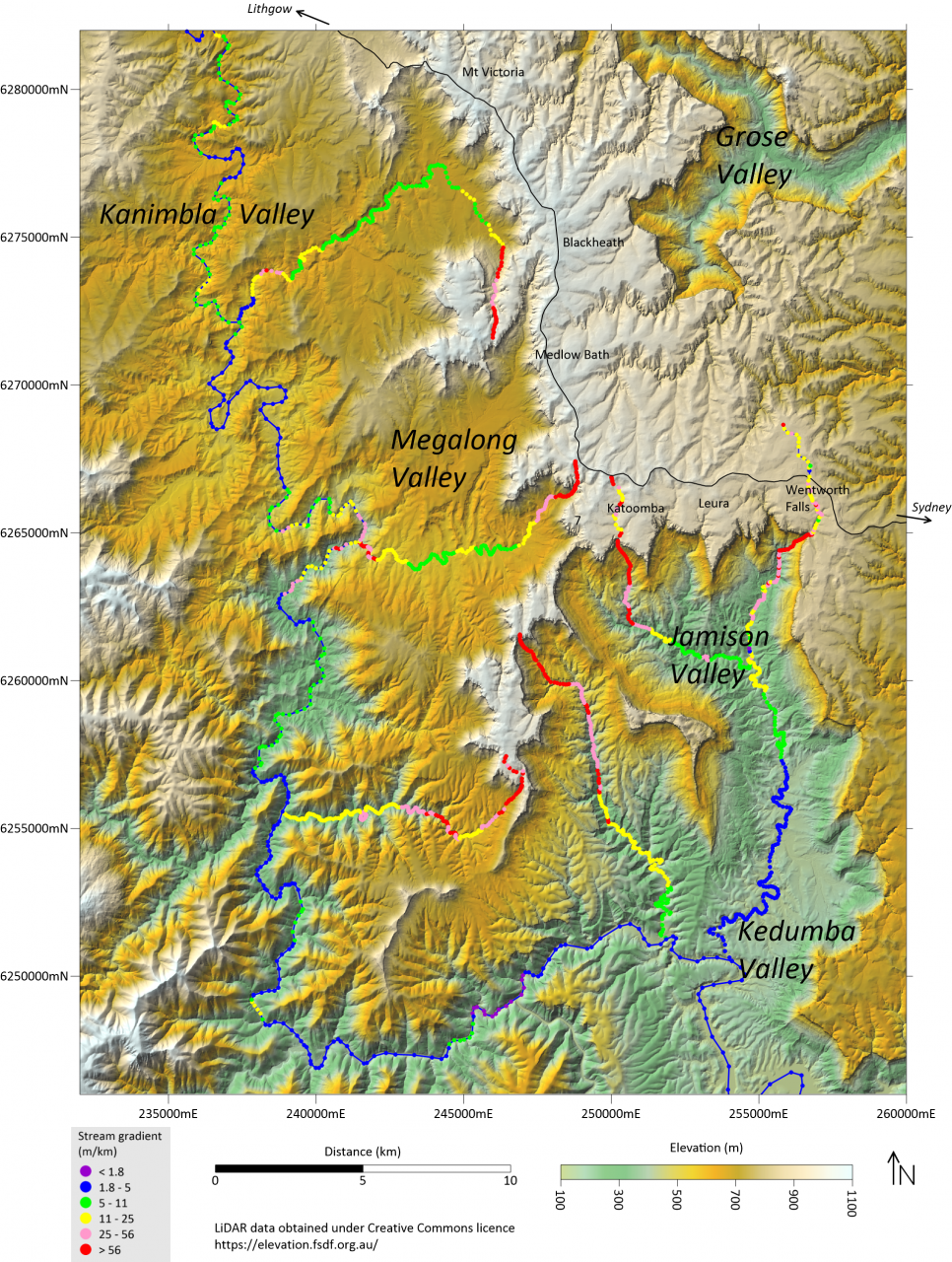 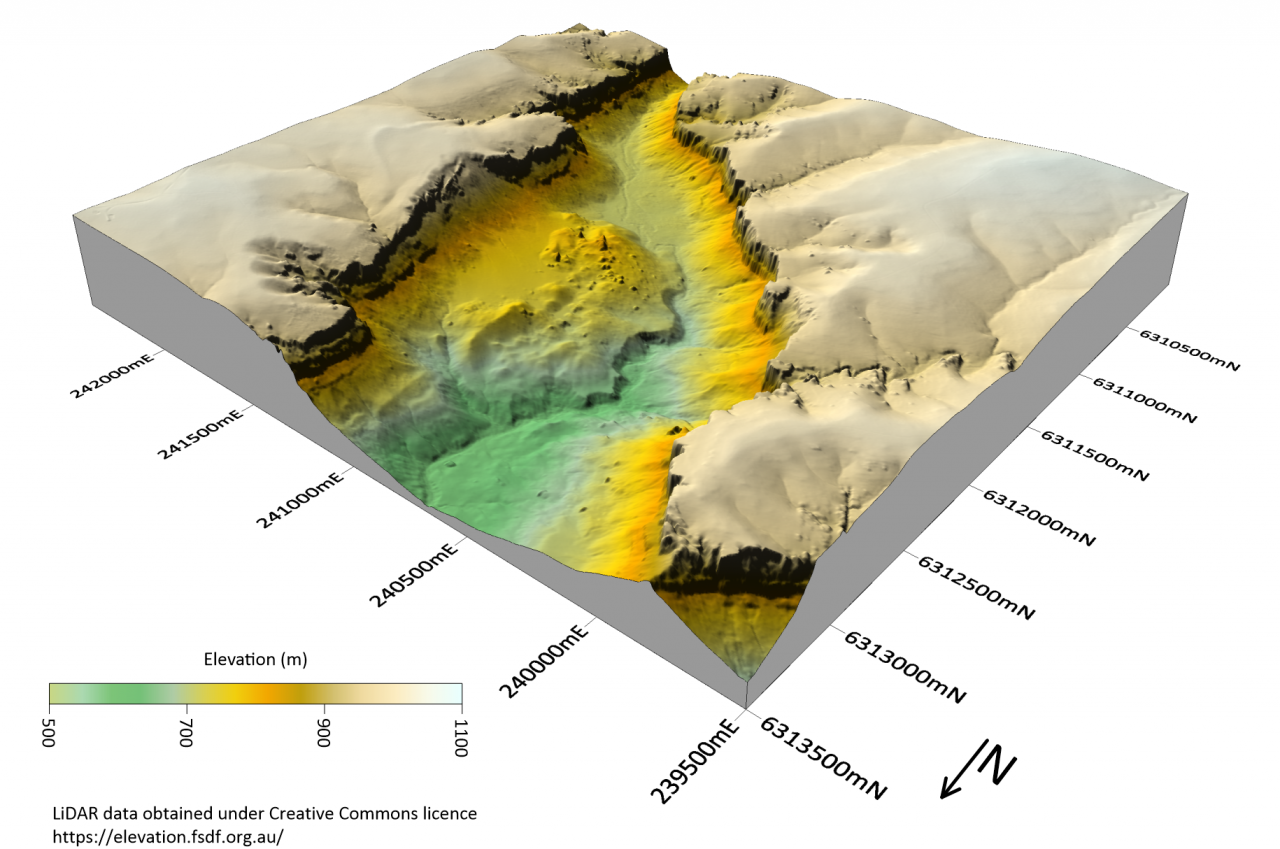