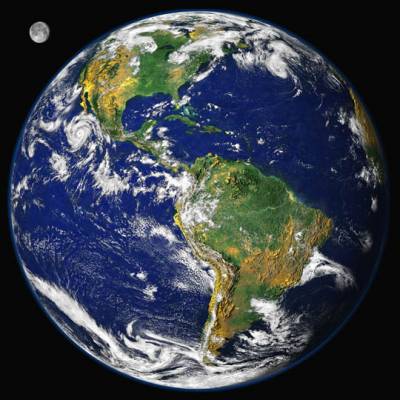 April 22 marks an event celebrated across the globe--it's Earth Day! Earth Day began in America in 1970 as a way to honor the Earth and promote peace, as a response to the Vietnam War and the 1969 oil spill in Santa Barbara, California. In 1990, the movement officially went worldwide when 141 countries joined in the celebration of the planet on which we live. Now, over 192 countries participate in the event! Global coordination is now handled by the Earth Day Network.

Here at Golden Software, we try to do our part to contribute to a healthy Earth. We have an office recycling bin that fills up frequently, many employees use public transportation or work from home to reduce carbon footprints, we encourage digital software downloads over physical packages shipped, and more! When we all do a little, we can do a lot!

Many Golden Software users visualize data collected about the Earth and its inhabitants to analyze historical events and trends, as well as to use for planning and preservation for the future. One such example from the Surfer gallery is below. This animated image, a display of fresh water influx caused by flooding of the Burdekin River in Queensland Australia, was constructed by creating multiple maps in Surfer's mapping software and then combining them with a GIF creator. It was submitted by Felicity McAllister of the Australian Institute of Marine Science.

Fresh water influx caused by flooding of the Burdekin River in Queensland Australia, created in Surfer.

How do you use Golden Software products to help better the Earth? We want to know! Send your story to jennifer@goldensoftware.com for a chance to be featured in a blog post, newsletter article, or in our image galleries!