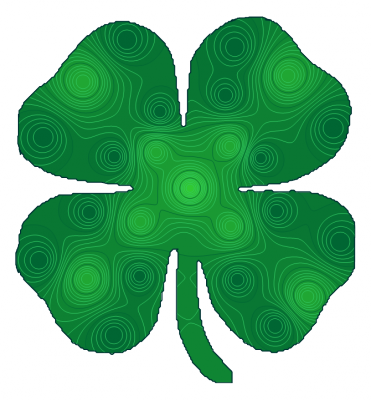 Today, March 17, much of the world will be going green to celebrate St. Patrick’s day! March 17 marks the anniversary of the death of St. Patrick, who is credited with spreading Christianity to Ireland. Though St. Patrick was not Irish, the holiday named in his honor is now synonymous with Irish culture, or at least Irish food and drink! Here in the United States, we’ll eat corned beef and cabbage, drink Irish beer, and wear green shamrocks with hopes of securing a bit of that luck o’ the Irish! In honor of St. Paddy, I’ve created a map showing where the most Americans live that identify as Irish American, and I’ve compiled some fun facts about the holiday and traditions surrounding it! 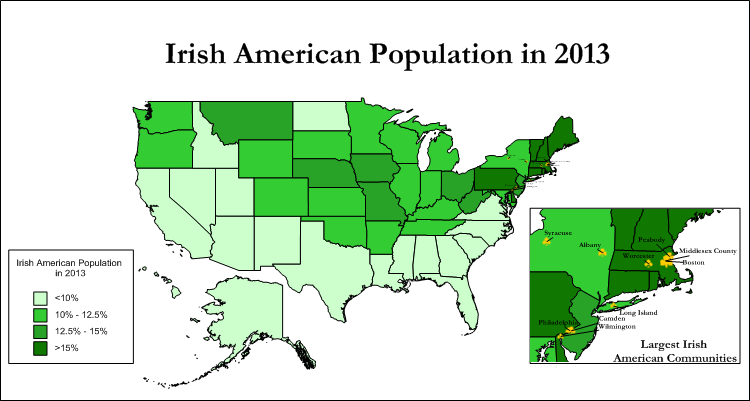 Luck o' the Irish to ye!