May 15 Posted by Katie Yoder in Real Life Applications 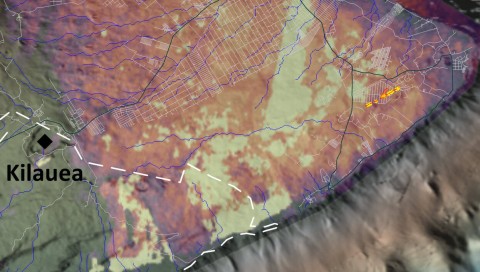 Recent eruption activity from Kīlauea, the youngest volcano in the Hawaiian island chain, is a reminder of the destructive nature of the volcanoes that formed the island chain. Having recently visited Hawaii and met a number of its fun-loving and friendly locals, the news of the recent eruptions and the havoc they have wrought caught me by surprise. As a result, I decided to do some research into the islands volcanic history and the current activity.

The USGS has numerous data sets about the history and activity of Hawaii's volcanoes. I used the data available from the USGS in Surfer to create maps of the five volcanoes that formed Hawaii, also known as the Big Island, and their historic lava flow areas. I was also able to map thermal data from the last year along with the recent fissures and lava flows on the south-east coast of the island. 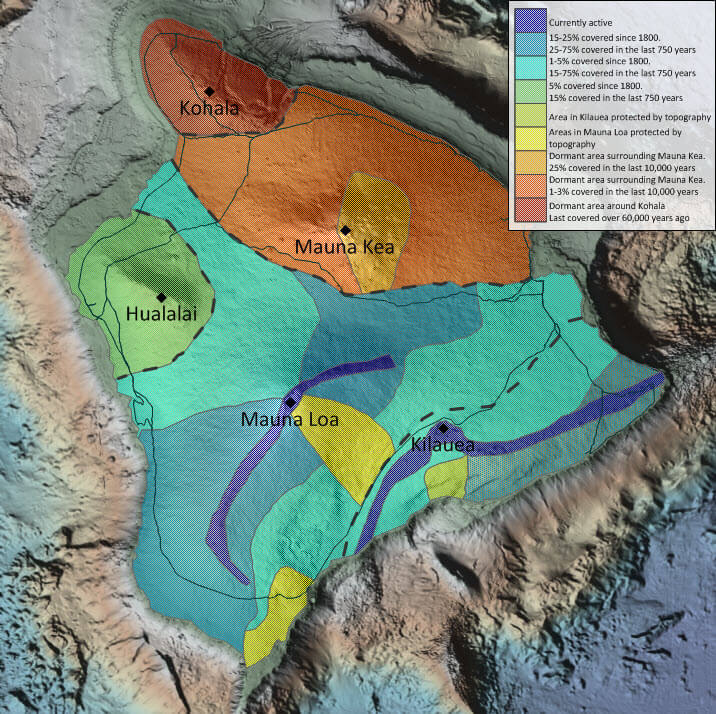 Surfer base map of historic lava flows from Hawaii's five volcanoes overlaid on a topography map of the island. 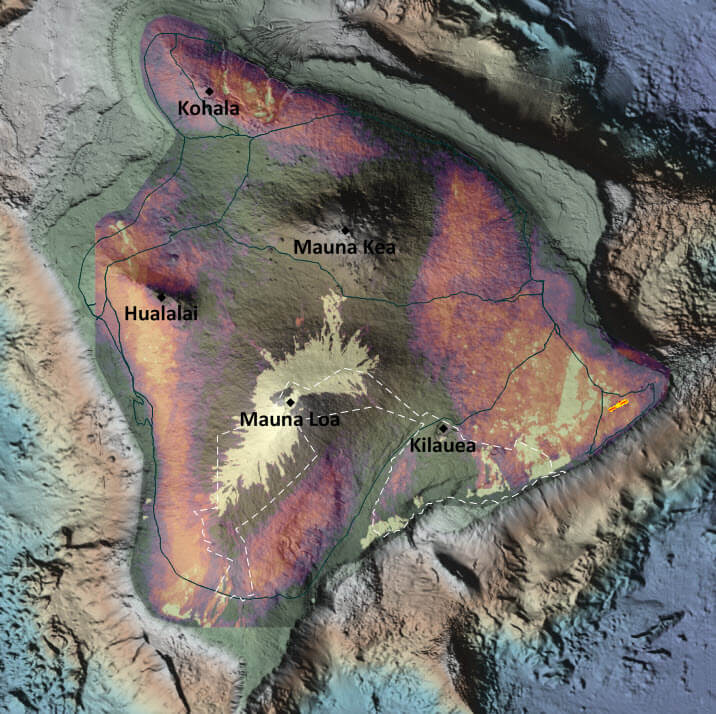 Surfer color relief maps showing topography and thermal activity on the island of Hawaii. Recent fissures and lava flow can be seen on the south-east coast.

As people of Hawaii continue to cope with the ongoing activity from Kīlauea, I hope that everyone remains safe and that the threat of volcanic activity ceases soon.