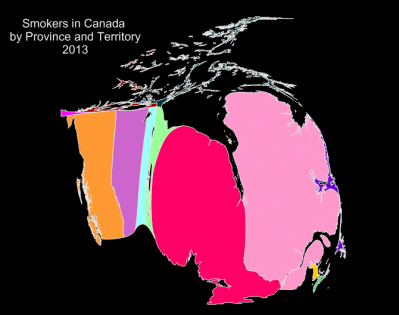 To celebrate the release of MapViewer 8, I'm going to be writing a series of blog posts to highlight what's new in MapViewer! This week will focus on new map types and options that are available-- the multi-graph map, contiguous cartogram map, proportional pin map, bivariate symbol map, and base maps from online servers. 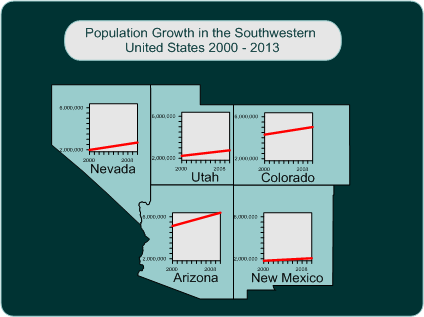 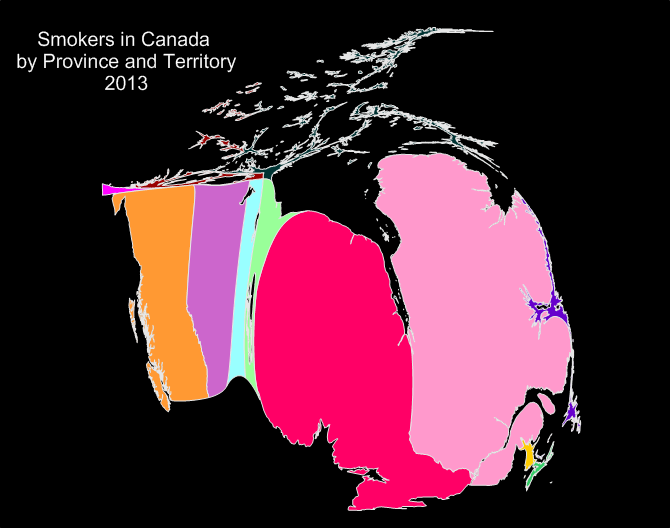 The ever-popular pin map can now communicate more information! In addition to uniformly sized pins and pins sized by class, you can now size your pins in proportion to a variable! This option allows you to set a minimum and maximum size for the symbols, and each symbol is sized within that range according to the value in the specified data column. The proportional pin map is a sleek and minimalist method for displaying locations and relative data! To size your symbols proportionally, on the Map page of the Property Manager, set the Method to Proportional, select a Data column, and specify the desired Min symbol size and Max symbol size. In the proportional pin map below, the symbols are sized according to gas prices in the city in March of 2005. Larger symbols indicate higher gas prices. 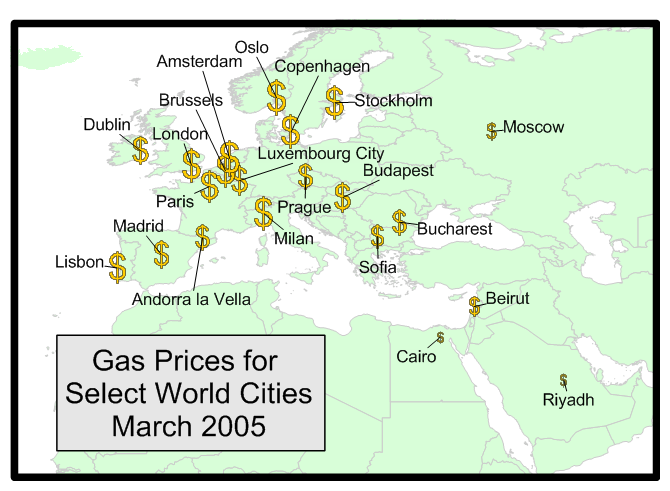 In previous versions of MapViewer, similar to the new proportional pin map, the symbol map displays data by placing symbols sized according to a data value on each object. In MapViewer 8, the symbol map gives you more control than ever over your symbols with the added ability to color each one according to a different variable than was used to size them! To color and size your symbols according to two different variables, on the Map page of the Property Manager, set the Proportional properties to Size and color, and select the Data column in the Color section. Set any desired properties for the size, fill color and line color! The bivariate symbol map below shows population in the United States. The symbols are sized according to total population, and they are colored according to whether the state is populated by more males or females. 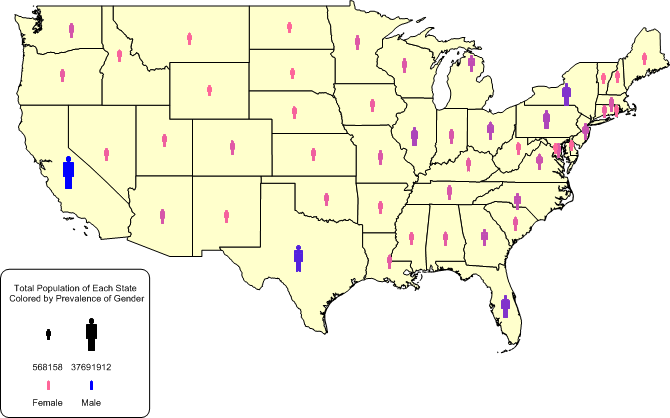 Base Maps from Online Servers

If you've used Didger 5 or Surfer 12, you may already be familiar with downloading base maps from web mapping servers (WMS). Now, you can download maps from your favorite WMS in MapViewer too! A number of servers come readily available to use, and you have the option to add more web mapping servers to the list. To download a map, click the Map | Add | Download Map command and select your data source (server), specify the area you'd like to download, and set the desired image resolution! You even get a preview of your map before you click OK! The map below consists of Colorado boundary files from the Samples folder and two base maps downloaded from online servers. I downloaded an aerial image of Colorado and an image that shows where wilderness conservation areas are located in Colorado. 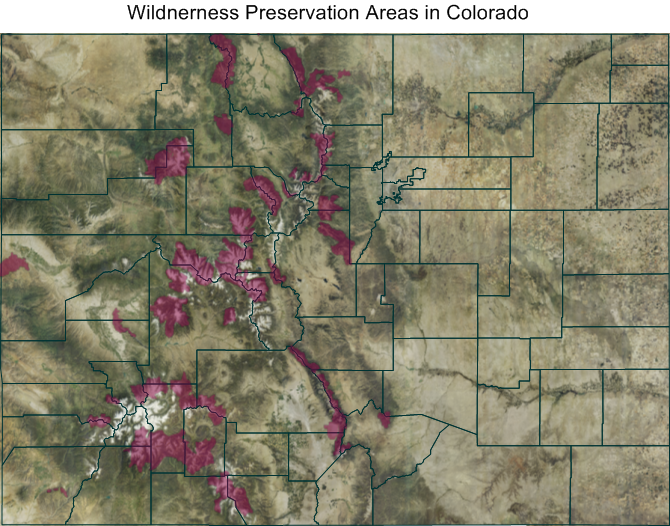 Why limit your picture to just a thousand words? Let your maps communicate more! With a new map type and new exciting options for existing map types, you can say what you need to say!

Stay tuned next week for a look at using text for classes in hatch maps and territory maps! Do you have an idea for a blog post or have a topic you'd like to see featured? Let me know! Leave a comment, or send an email to jennifer@goldensoftware.com.

Will the 'multi-graph map' feature in MapViewer 8 allow for bar charts (of two or more variables) to be pinned to a state or other spatially-registered point, line or polygon?

0 Cancel Reply
Will the 'multi-graph map' feature in MapViewer 8 allow for bar charts (of two or more variables) to be pinned to a state or other spatially-registered point, line or polygon?
Cancel Update Comment
1