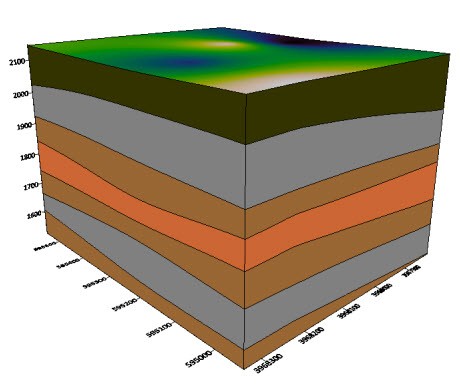 Golden Software customers work in a wide variety of industries, many of which are interested in modeling subsurface data. This data might be used for locating the water table depth, finding the extent of subsurface chemical contamination, delineating lithological horizons for cross section construction, and much more. Instruments and methods used in these types of surveys typically report measurement values through a range of Z values at specific XY positions. Consider, for example, a sensor that detects contamination down a vertical borehole. We might be interested in only modelling the data that falls within a specific contaminant concentration. So how can we easily select only the data we're interested in to model the contamination?

Surfer's data filtering feature allows us to eliminate data that is not applicable to the desired layer using a fourth column of data. For our example, we could filter out contaminant data that is below a desired threshold and create two surfaces. The first would show the top of the contaminant plume and the second would show the bottom of the plume. 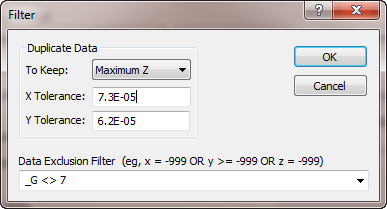 Surfer data filter excluding all data where column G does not equal 7. Of the remaining data, the maximum Z values are used to create the gridded surface.

Another example would be to model lithologic layer tops using borehole data. In this case, we would eliminate data that does not correspond to the desired layer and keep only the top Z value. In either case, the data exclusion filter and duplicate data filter are both used to define which Z values to use. Once all of the layers have been gridded, the results can be displayed as a 3D surface map or in a 3D view to clearly visualize the subsurface data. 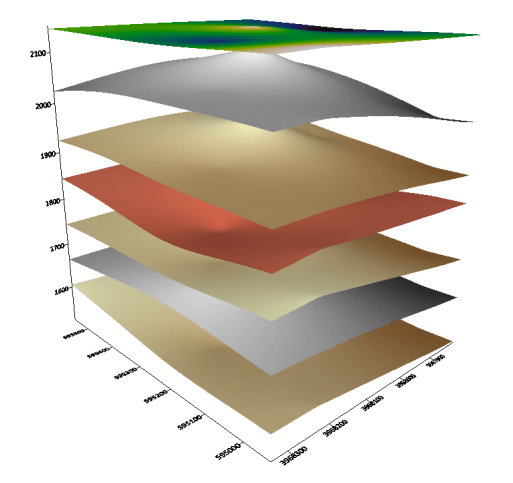 If you're interested in trying out this great tool in Surfer, you can read the instructions for the workflow in this article: Can I Filter My Data By Another Column In Surfer's Grid Data Dialog?

Surfer is one of best tools for geoscientist, simple and friendly GUI. I would like to see how can it deal with layers pinchouts and complex stratigraphy.

0 Cancel Reply
Surfer is one of best tools for geoscientist, simple and friendly GUI. I would like to see how can it deal with layers pinchouts and complex stratigraphy.
Cancel Update Comment
1