Simplify your day with Automation 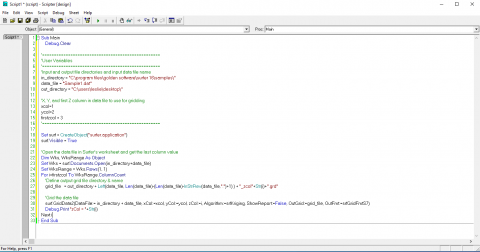 Are you tired of repetitive and monotonous tasks while using mapping and graphing software? These kinds of tasks burn up countless hours of labor, damaging productivity and eating into your bottom line. On top of that, they are an almost certain path to worker burnout, even on the part of the most enthusiastic employees. Fortunately, Golden Software's developers have worked in your field and experienced this laborious work firsthand leading to the creation of mapping and graphing solutions that eliminate them with intuitive automation functionality. Upgrading to such software options can cut through the monotony, expedite or eliminate repetitive tasks, boost morale and foster superior final results. Below are a few functions to seek in your new graphing and mapping software solutions.

Some advanced graphing software platforms feature script recorders, which allow the user to record themselves going through a process manually and then, with a few adjustments, save the script and apply it to other files. Imagine how liberating it would be to complete these time-consuming processes for the last time and then automate them moving forward. The ideal script recorder is user friendly, allowing even those who are generally unfamiliar with automation processes to record and apply scripts with ease. The hours saved by recording and applying scripts is substantial to say the least, and allow individuals and teams to focus on the work that they do best while minimizing the tasks that might cause them to lose their drive and passion.

Use the script recorder to record your entire plot creation and property editing process then save it as a BAS file! 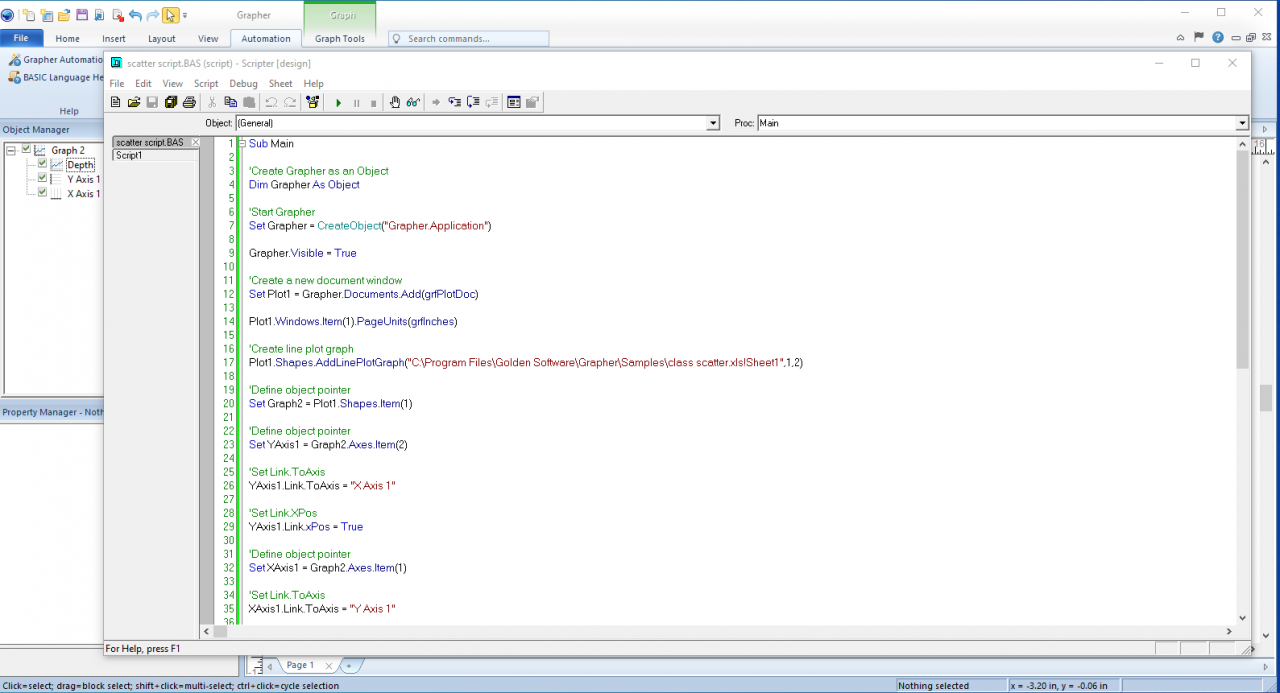 The BAS file created from the script recorded in the GIF above when opened in Scripter.

If you work in the geology, hydrology, construction, oil & gas or environmental industries, or any other that deals extensively with maps, you have likely experienced the monotony of weekly or monthly reports. Luckily, industry-native software developers have shared your experience and created options that address this issue and simplify recurring reporting through automation while offering versatile exporting options that easily create presentation-ready renderings for any audience. Look for a software option that allows you to create a script to track your key metrics, and then apply the script on a recurring basis. No longer will you need to pull data and compile metrics week after week and month after month – instead, you can run a simple automation process and let the software seamlessly create the reports that, until now, have eaten up so much of your time.

Above is a time animated model of radioactivity risk near a nuclear site in Fukushima. The model is created by using Scripter to loop through data files in a directory, gridding each one and creating a contour map from the grid, then exporting the grid as a GIF to be animated by a third-party program. You can read the full story regarding the model, and view more models created by the Külahcı, F. & Bilici, A research team by following this link: Physicists Model Radioactivity Risk Fukushima Nuclear Site.

Several Golden Software platforms feature collections of prefabricated scripts, including those submitted by users based on the ideal workflow for their role and industry. This means that you would not even have to create scripts for automation yourself, but rather simply look through the existing database and apply them where and when they are needed. We also offer complimentary education such as monthly webinars and extensive how-to videos. Avoid options that make you conduct your own research or learn through trial and error – this defeats the purpose of automation and the time that it can potentially save.

If you would like to learn more about graphing and mapping software platforms that offer all of these features and more, call Golden Software today at (303) 279-1022 or contact us online.

Where can I find Surfer script examples?

Where can I find Grapher script examples?

How can I create a time-animated model in Surfer from data files in a specific directory?