With 2016 being a presidential election year, it’s hard not to be at least tangentially aware of what’s going on with United States politics. I’ve voted in every presidential election (and most local elections) that I have been able to vote in, but I’ve never considered myself a particularly political person. Now that I have children, that has changed a little. You’ll still never see me at a party convention, and you won’t catch me watching debates on TV, but I’m very concerned over how this country will be run, so I will definitely do my homework before casting my vote in November.

On Tuesday March 1st, Colorado held its Republican and Democratic caucuses. From what I could see as I drove past the venue for one of these, the turnout was pretty good. Although the results are not in yet for the Republican caucus, the Democratic caucus resulted in a win for Bernie Sanders. This wasn’t the first state to hold a caucus though. The Iowa caucus, at the beginning of February, is the first caucus each election year. With more time since the numbers came in, there has been more chance to break apart the votes into categories like sex, age, and education level. I know that one caucus isn’t any indicator of how the party nominations or the election will turn out, but I still think it’s interesting to look at the numbers since this is the first chance voters have to pick a candidate. Thus, without further adieu, here are the Iowa caucus results broken out by sex, age, and education level. 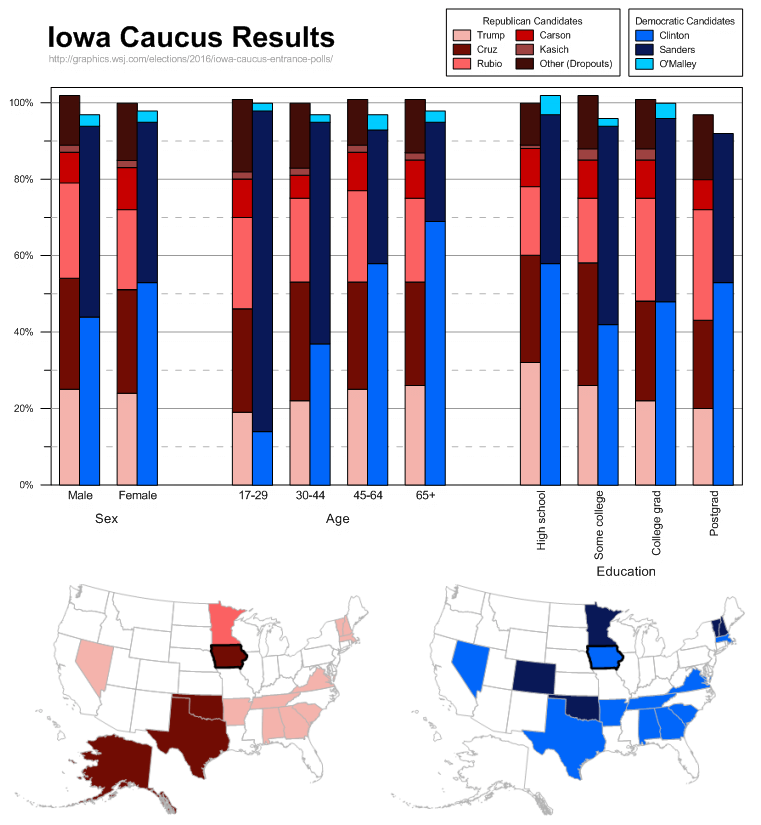