GOLDEN, Colorado, 11 May 2021 – Golden Software, a developer of affordable 2D and 3D scientific modeling packages, has added new and enhanced 3D capabilities to the latest version of its Surfer gridding, contouring, and surface mapping software. New functionality available now, as well as capabilities in Beta development, are focused on making it easier for Surfer users to visualize, display, and analyze complex 3D data. 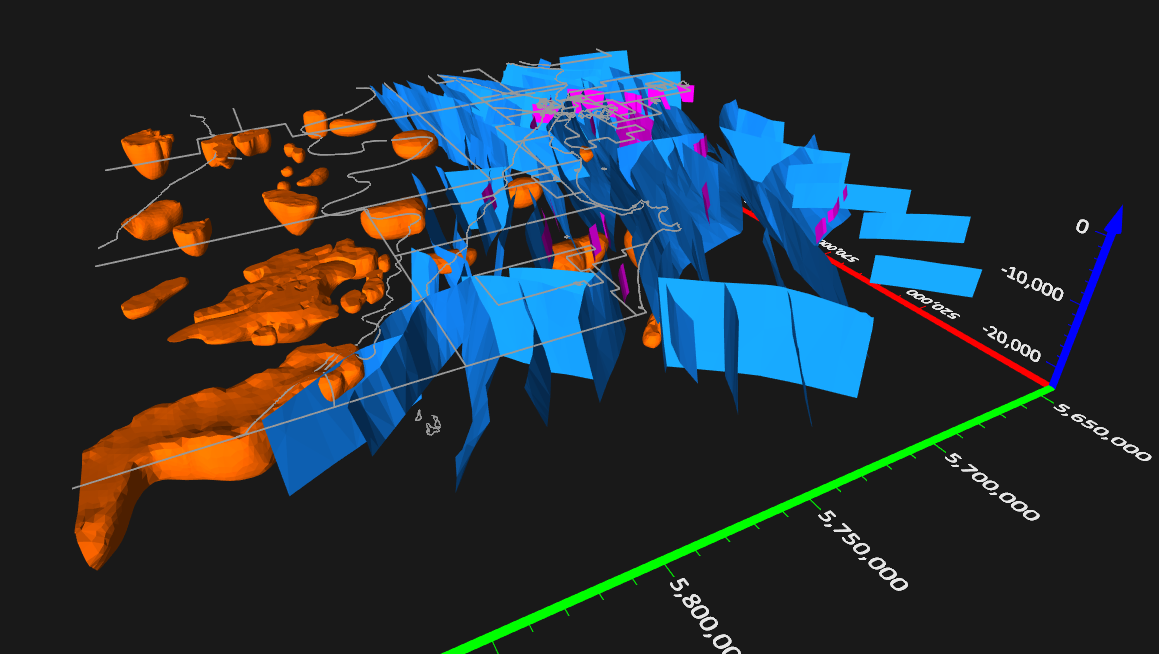 Display 3D polygons from DXF files, such as fault planes and magnetics data, in the 3D View.

The Surfer package is used by more than 100,000 people worldwide, many involved in oil & gas exploration, environmental consulting, mining, engineering, and geospatial projects.

“Modeling and mapping in 3D are tasks that nearly every Surfer user relies upon, and we are committed to upgrading these functions with every software release,” said Kari Dickenson, Surfer Product Manager.

Known for its fast and powerful contouring algorithms that regularly outperform more expensive packages, Surfer enables users to model data sets, apply an array of advanced analytics tools, and graphically communicate the results in ways anyone can understand. The software has been applied for more than 30 years by users in numerous disciplines to easily visualize and interpret complex data sets.

Golden Software has made the following enhancements in the latest Surfer version released today:

3D Base Maps – .DXF, .SHP and other file formats can be imported with their 3D geometry (3D polylines, polygons and polymeshes) and displayed as three-dimensional features in the 3D View. In addition to importing 3D base maps, users can draw custom 3D features, such as polylines and polygons, and add them to the model. This is ideal for visualizing buildings, pipe systems, roads, or streams in Surfer models.

Contour Volume/Area Calculation – A new shortcut enables users to calculate volumes and areas above, below, or between contour lines with just a few clicks of the mouse. This function has been requested by Surfer users in every science and engineering discipline.

As is the tradition, Golden Software has released a Beta version of Surfer simultaneously with the new version to give customers a chance to try out new features while they are still in development. Users may find the Beta version by clicking File | Online from within Surfer.

“Beta features available now have been under development since last year and are among the most requested by our user base,” said Dickenson.

Here are the new features available in Beta now, to be officially included in the Fall 2021 release of Surfer:

For additional information, feel free to contact us. We'd love to hear from you!