A management, engineering and development consultancy firm is using the Strater subsurface visualization package to determine where new boreholes should be drilled to make fresh groundwater available in South Sudan, Africa. Even more importantly, local water experts are being taught to use the software and other exploration technology so the drilling of new water sources can continue with no outside assistance. 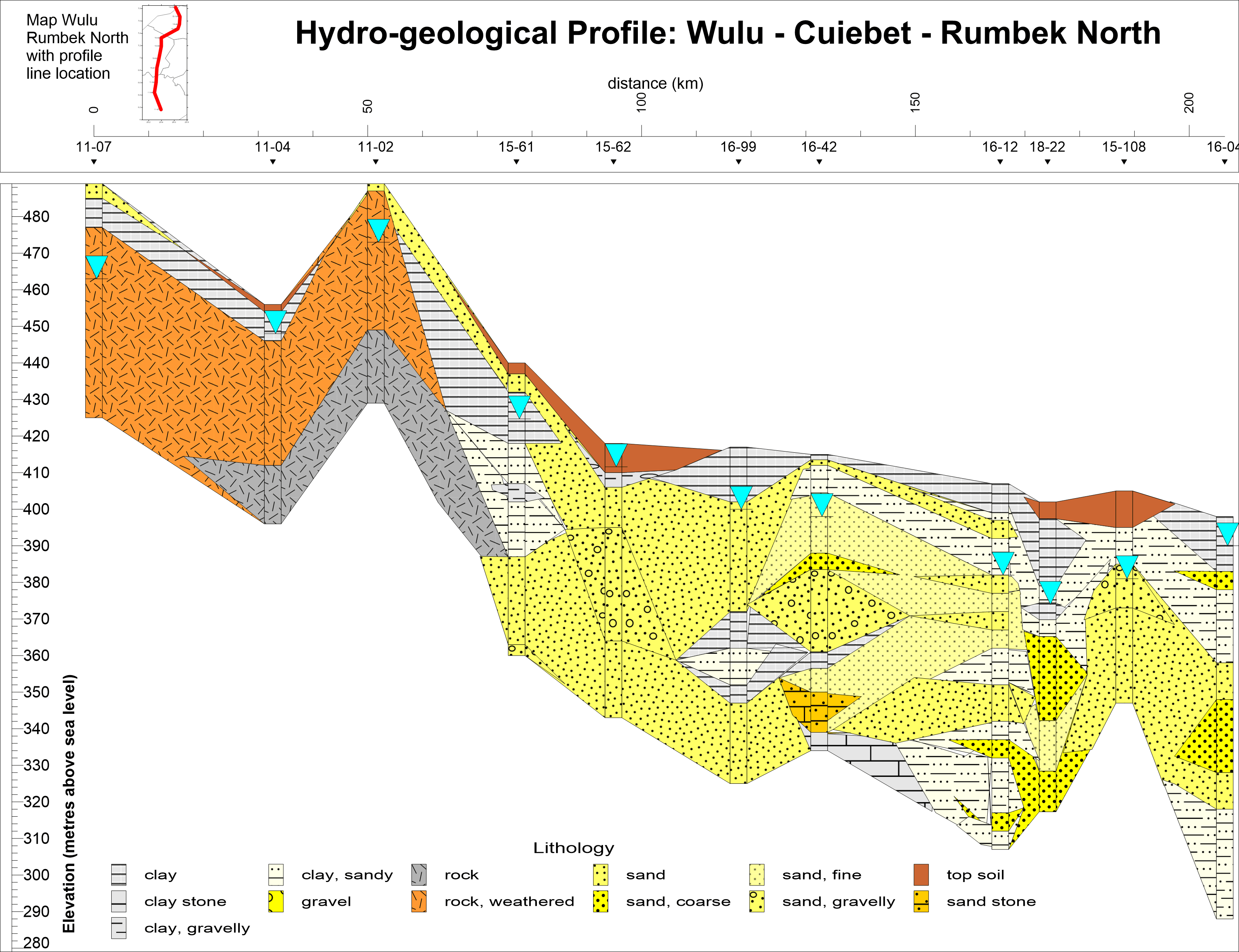 Euroconsult Mott MacDonald BV, a consultancy based in The Netherlands and a member of the Mott MacDonald Group, worked with the South Sudan Ministry of Water Resources and Irrigation and State Directorates of Water, Sanitation and Hygiene on the project. Supported by The Embassy of Kingdom of the Netherlands, the objective was to stimulate the local economy in the Greater Lakes Region (an area as big as the Netherlands) by expanding access to potable groundwater known to exist there.

The development effort focuses on ensuring people have enough safe water for personal consumption and planting crops with plenty left over for raising livestock.

Over 1,500 public borehole wells had already been drilled in Greater Lakes Region, but other than a basic geologic map of the area, no lithologic data with reliable location coordinates had been retained from the earlier drilling campaigns. Complicating matters was the fact that many of the existing boreholes had apparently been sited in easily accessible semi-urban areas rather than on understanding of hydrogeology and water needs of local population.

The Mott MacDonald team learned just the basics from the geologic map: The water table depth varies from 10 to over 60 meters with a median depth below ground of 15 to 30 meters. Intermittent sand and gravel strata contain the most accessible water, but thick layers exist above the aquifer in some places and shallow hard rocks also occur, making those poor targets for drilling.

Goes and a team of trained local water experts wanted to avoid the hard rock and find the thickest sand/gravel aquifer layers. They performed a series of geophysical surveys using vertical electrical soundings throughout the area. The results helped them decide where to drill the new boreholes, more than 320 in all over a period of four years.

The team carefully examined the lithology of each new borehole, charting rock and sediment types, and measuring strata thickness and water table depth. Most important of all, they precisely mapped the location of each borehole with GPS. This data was entered into an Excel spreadsheet for inclusion in a large hydrogeologic database being created for the Greater Lakes Region. The use of interpreted hydrogeological and geophysical data resulted in over 95% of the boreholes successfully penetrating the aquifer.

Over time as the number of drillings increased, the lithologic data was then imported into Strater, which is a well log, static water levels, borehole and cross section plotting software designed to transform raw subsurface data into understandable visualizations. For the first time, project participants – including local water experts in the Greater Lakes Region – were able to view profiles and cross sections of the hydrogeology beneath their feet. 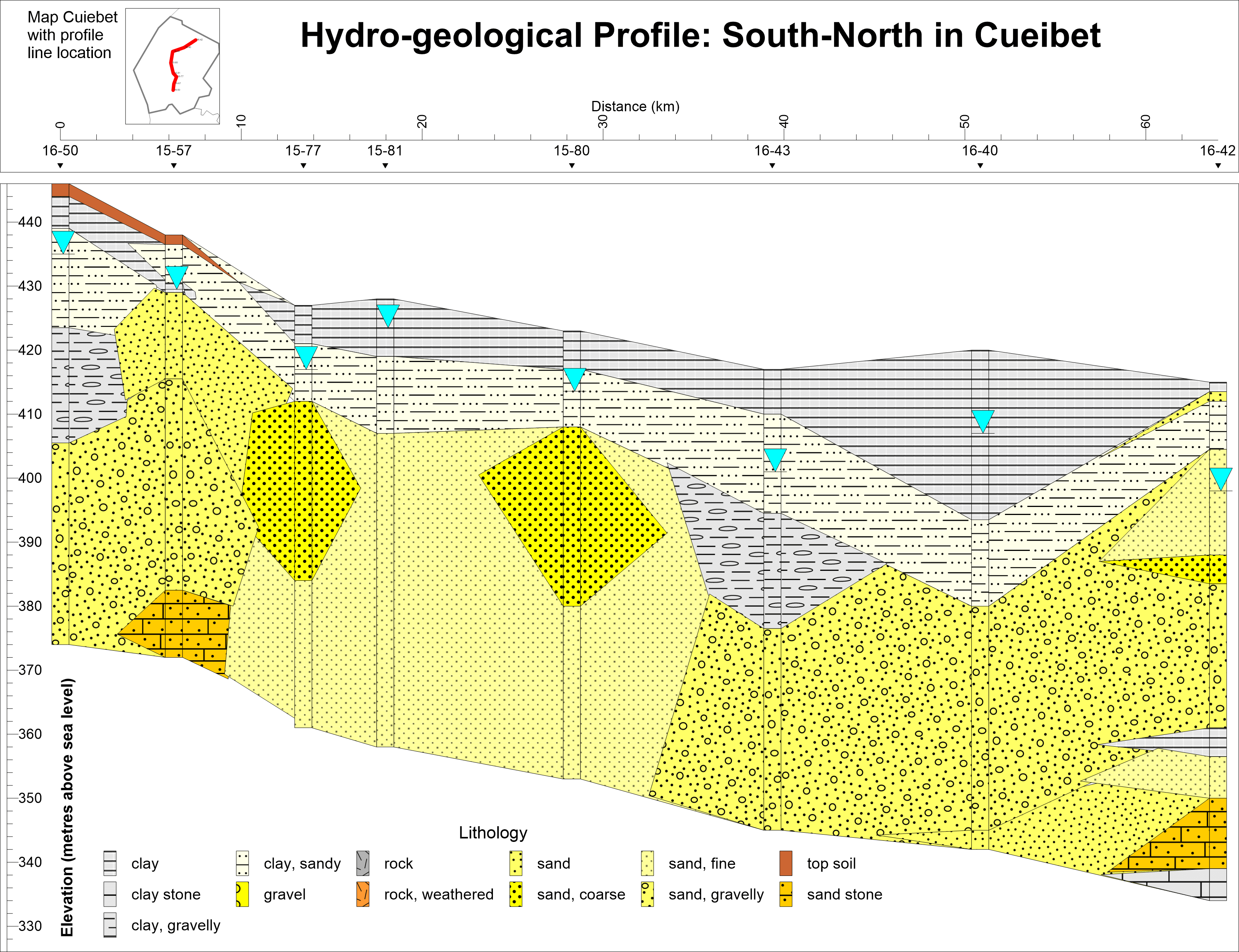 “You can predict the geology much quicker by drawing hydrogeologic profiles in Strater,” said Goes. “This is providing a better understanding of the regional hydrogeology, disclosing borehole data in a clear way to a much wider audience than just hydrogeologists…and will be used to select new borehole sites moving forward.”

Mott MacDonald selected Strater for this project because it is so easy to learn, especially for the local experts who have never used any geologic mapping software in the past, explained Goes. In addition, the visualizations of the hydrogeologic profiles generated in Strater were simple and clear for nearly anyone to understand the subsurface geology.

Interested in reading more about this project? Check out the open access article published in Hydrogeology Journal: "Review: Assessment of the aquifers in South Sudan with a focus on Lakes State"