Prior to my current career as a Spatial Data Analyst I was employed as a field archaeologist for Wessex Archaeology; during this time, in addition to archaeological excavation, I was responsible for surveying a range of archaeological sites throughout England. I used a variety of total stations including Nikon, Topcon and Leica instruments to capture survey data. The survey data was subsequently used to produce a variety of archaeological plans, topographic maps and building surveys. I was also responsible for the downloading and conversion of survey data into various formats which could be manipulated using a variety of software applications, including AutoCAD, Esri GIS tools, and Surfer.

Through my experience in surveying, I was invited by Durham University and the Homs Regional Survey Group to travel to Syria and survey archaeological sites as part of a long term research project to investigate landscape development within the Homs region. The initial phase of the project focused on the creation of a gazetteer of Tel sites. (A Tel site is an artificial mound created through successive phases of building construction, habitation and demolition; typically, the resultant accumulation of deposits forms a low, truncated cone with a flat top and sloping sides). Once identified as a site of potential interest, a field survey was scheduled; this involved the completion of a topographic survey of suitable resolution and the excavation of a number of test pits across the extents of the site in order to recover ceramic fragments which could subsequently be assessed and used to determine site date and duration of occupation.

During the 2000 survey season, I was responsible for the organisation and execution of three Tel site surveys. The 3D survey data collected during field survey was subsequently utilised to generate a variety of plots and surface models using Surfer. For a given site, a determination was initially made as to the best interpolation method which could be applied to produce a resultant grid; this process involved the use of the Variogram analysis reporting toolset available within the software, and also with reference to supporting tutorial documentation produced by Golden Software. In the case of the Tel surveys, the Variogram analysis supported the use of interpolation of data to produce grids of a 5 metre cell size via Kriging interpolation. The resultant grids were subsequently utilised in the production of a variety of plot types for both visualisation and analysis purposes (see example); including,

In addition, other analysis tools available within Surfer were also exploited; for example, the derivation of (cross-section) profiles and volume calculations were utilised in order to aid in the understanding of site development and construction. 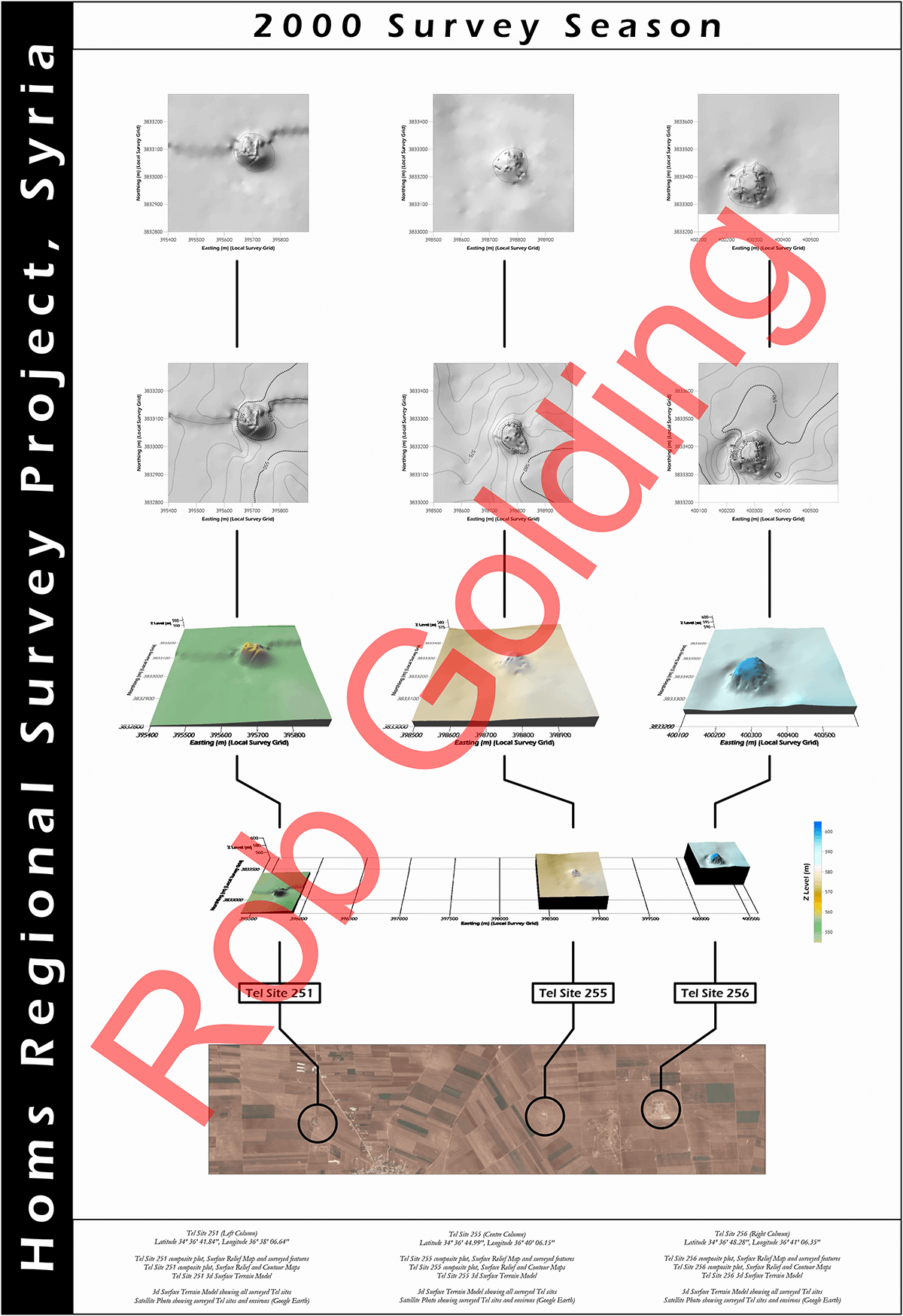