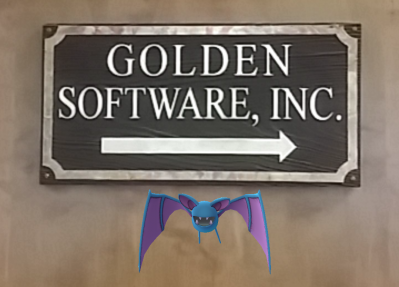 Last month was the launch of Pokemon GO, an augmented reality (AR) mobile game from Niantic, the makers of the popular AR game Ingress. I must confess I've caught the fever, but I haven't caught them all! I am admittedly not a 'gamer,' and this is my first experience with Pokemon. I'm no Pokemaster, but I have fun catching new Pokemon while walking around downtown Golden on my lunch breaks, around the park, or around Denver. I haven't tried my luck battling at any Gyms yet, so I guess you could call me a casual player.

I took a couple of lunchbreaks this week to map out PokeStops, places where Pokemon hang out, in Golden in order to create a heat map of likeliness to catch Pokemon.  It turns out Golden is a Pokemon hotspot! I didn't stop by them all, but I managed to map 34 stops in walking distance from the Golden Software office! I used the method from this newsletter article to create a map of density of PokeStops. I searched a distance of 330 feet, which is the distance of the length of a football field, including the endzones. I wanted to create a map for a leisurely walk around Golden, rather than an all-out Pokehunt. The results are below. I included a buffer of 1/8 of a mile (660 feet) from the Golden Software office to show just how close the PokeStops are. The highest likelihood of me finding Pokemon is less than 200 feet away from Golden Software, on the Colorado School of Mines campus, between several PokeStops! 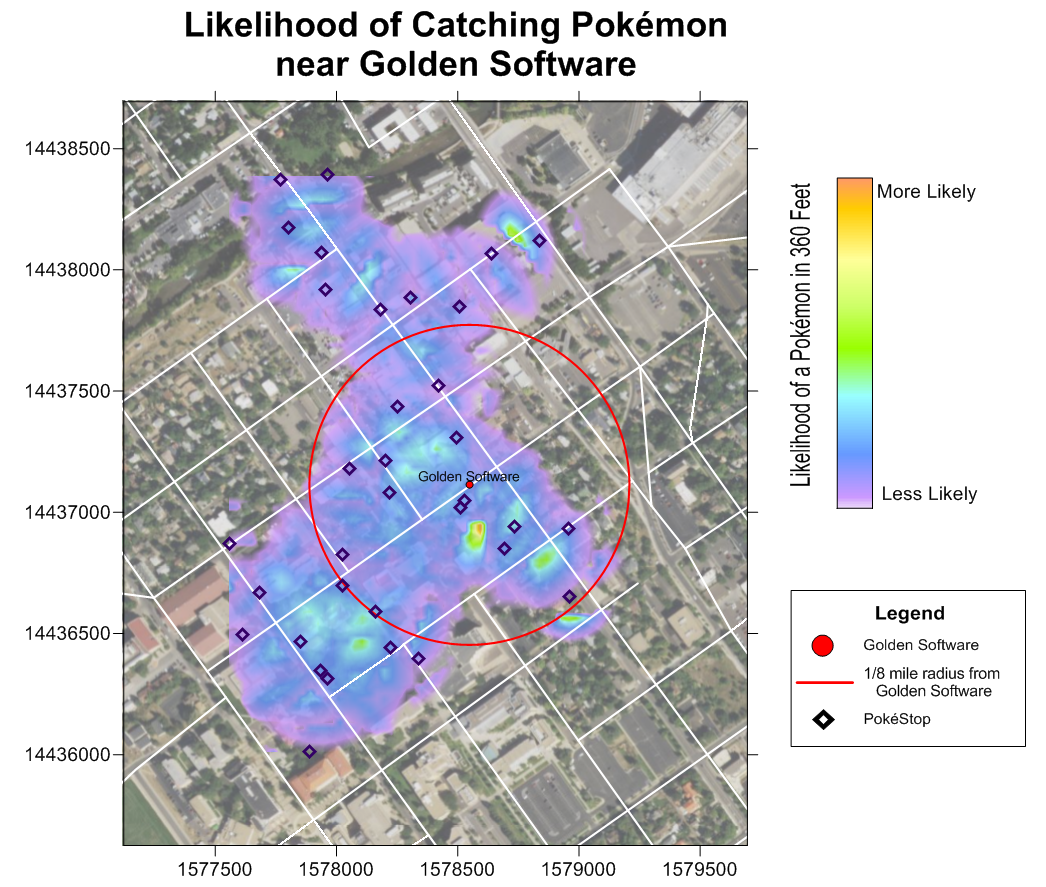 Heat (or density) map showing the likelihood of catching Pokemon near the Golden Software office, created in Surfer 13.

When you catch a Pokemon, you can see stats on the Pokemon's weight, height, HP (hit power), and CP. CP, or combat power, is what is used when battling other Pokemon in gyms. Higher CP means a higher likelihood of winning the battle. I was curious if height, weight, or HP had any noticeable relationship with CP, so I created some graphs in Grapher 12 of my 50 Pokemon with the highest CP values. The bubble plots below show weight, height, and HP, with the bubbles sized according to CP. 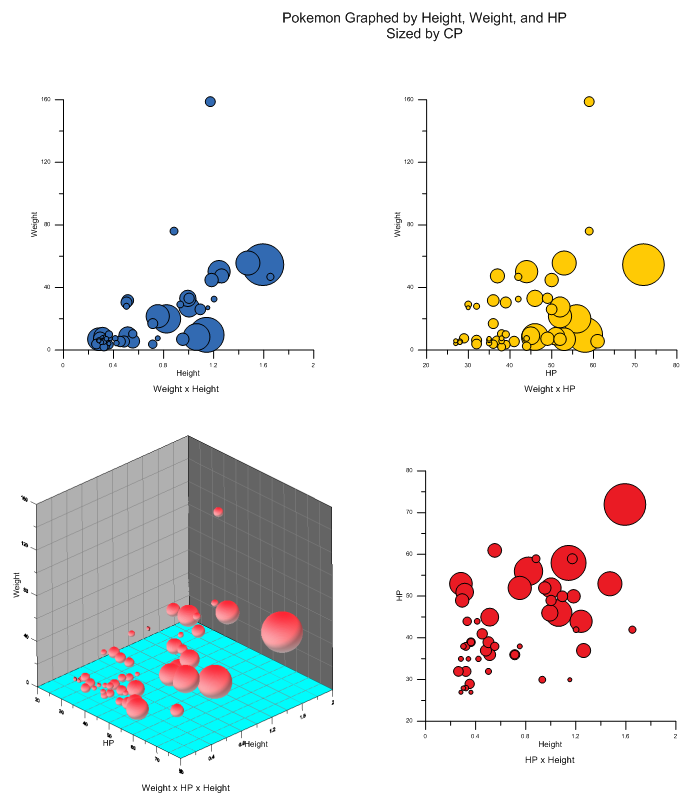 2D and 3D bubbleplots created in Grapher 12 showing the relationship between weight, height, HP, and CP.

Weight does not seem to have any correlation with CP. However, it seems that Pokemon with higher heights and HP values tend to have higher CP values. So, there you have it, folks! Go for the taller Pokemon and those who naturally have higher HP values.

Additionally, PokeStops are usually near points of interest, including art installments and monuments. A scuplture by Golden Software founder, Pat Madison, is a PokeStop here in Golden! You can see it below! 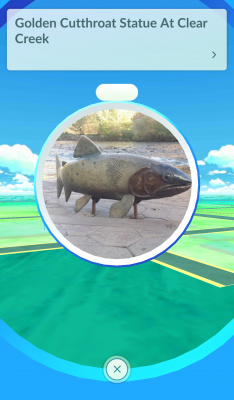 Are you a Pokemaster? We'd love to see plots of your Pokestats! Send them to blog@goldensoftware.com, or leave them in the comments!

Great and fun article! Who would have guessed there's been a Pokemon in the entryway this whole time.

0 Cancel Reply
Great and fun article! Who would have guessed there's been a Pokemon in the entryway this whole time.
Cancel Update Comment
1