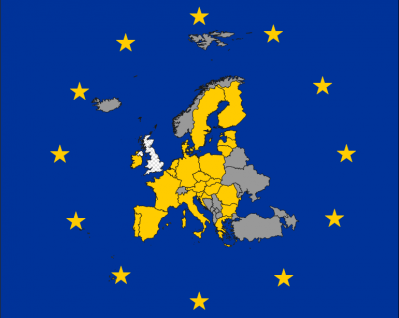 The United Kingdom (UK) voted on the United Kingdom European Union membership referendum, commonly referred to as the Brexit vote, on June 23, 2016. This referendum was to gauge citizen support for whether or not to remain a member of the European Union (EU), an economic and political partnership involving 28 European countries. Overall, the UK voted 51.9% to leave the EU, with 71.8% turnout. The world reacted when the news was announced on June 24. I've spent the last two weeks reading about this historic vote and what it means for the people of the UK, the EU, and the rest of the globe. It has already had some effects on international economic markets. It remains to be determined how it will affect the future, but I find this to be a fascinating time for trade, politics, economics, and international relations.

The first thing that interested me was the demographic breakdown of the vote. Various exit and other polls were done with information about how different demographics voted. I sifted through the information available at Lord Ashcroft Polls, and noticed some clear correlations between education level and age and how an individual in the poll voted. Older voters, less educated voters, and less employed voters were more likely to vote to leave the EU. I wondered if those in less-than-ideal socioeconomic situations were looking for anything different that may help provide a higher quality of life. Another issue that caught my attention was when voters made their decisions. Nearly 25% of those polled made their decision within the week before casting their votes! Just over 1/3 always knew how they would vote. The remaining ~40% made their minds up in the last 6+ months. To me, this shows some uncertainty about how to vote or perhaps uncertainty about what the effects of the vote would be on the individual and UK. 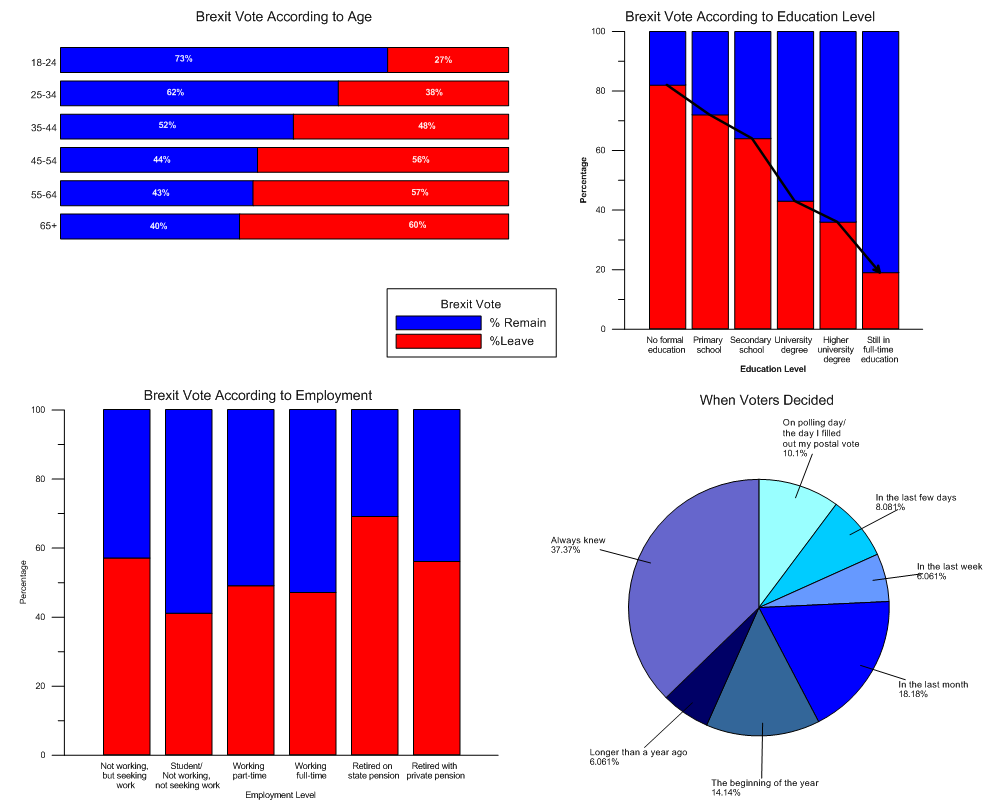 Graphs showing the Brexit vote according to age, education level, employment level, and when the vote was decided. All graphs created in Grapher 12.

Another interesting aftershock of the Brexit vote is the economic repercussions. The day that the results of the referendum vote were released, Britain's pound took a nosedive. The pound has seen a few small climb attempts since the announcement, but the value has remained relatively low. I've created two different visualizations of the same data below: a 3D ribbon graph and a temporal map. I used a process similar to one used by Surfer user Richard Koehler to create the temporal map, based on months rather than years as Richard’s maps are. In the 3D ribbon plot, the large drop around June 23 is very noticeable. Other smaller dips are also noticeable, as is the long term drop that has been occurring since December 2015, when the official documents enabling the referendum was announced. In the image map, it's easy to see how changes happened day by day over the entire course of the months since December. It's easy to see the color change that took place from December to January in the image map that correlates with a dip in the 3D ribbon graph, when these key documents were filed. 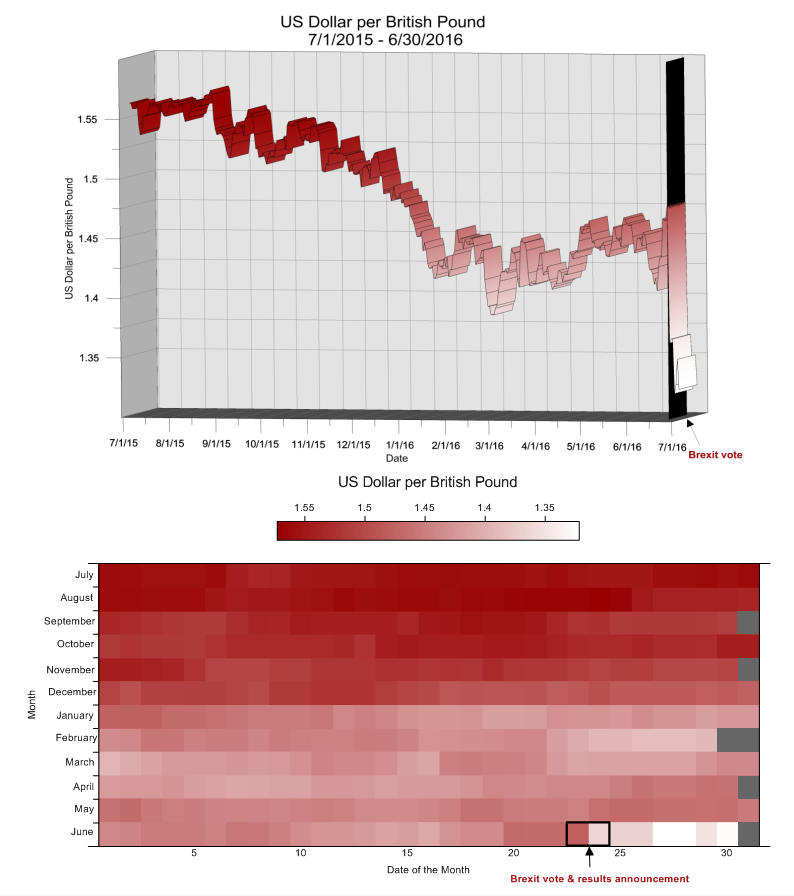 Changes in the value of the British pound, as compared to the US dollar. 3D ribbon graph created in Grapher 12; temporal image map created in Surfer 13.

I'm still not sure I fully understand the extents of this referendum's global effects, but I am eager to watch what happens in the world over the next few years as the UK exits the EU. Will the UK vote again to confirm the referendum? Will the UK move forward to actually exit, following Article 50 of the Lisbon Treaty? Will other nations follow the UK in leaving the EU? Will the pound recover? Will Northern Ireland leave the UK and rejoin Ireland? Will Scotland leave the UK? What worldwide economic effects will come? How will trade be affected? These are historic times we live in, and I'm excited to see what happens next! What are your thoughts on the UK's Brexit vote?

Like the graphs and maps you see in this blog? Download the free Grapher 12 and Surfer 13 demos to start creating your visualizations today!

The majority of young voters in fact voted for "Remain" - your first graph suggests the opposite.

0 Cancel Reply
The majority of young voters in fact voted for "Remain" - your first graph suggests the opposite.
Cancel Update Comment
1